Scroll down this page or click on specific site name to view features on the following Duplin County attractions/points of interest: 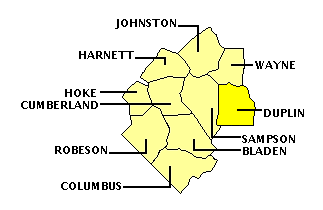 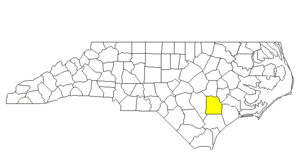 Created in 1750, the county is named for Thomas Hay, Lord Duplin, a member of the English Board of Trades and Plantations.

The county seat is Kenansville, named for James Kenan, one of the town’s founders.  Other communities include Beaulaville, Calypso, Magnolia, Rose Hill, Wallace, and Warsaw.

It is worth noting that the Warsaw Veterans Day Celebration is the oldest continuously-celebrated Veterans Day event in the nation. 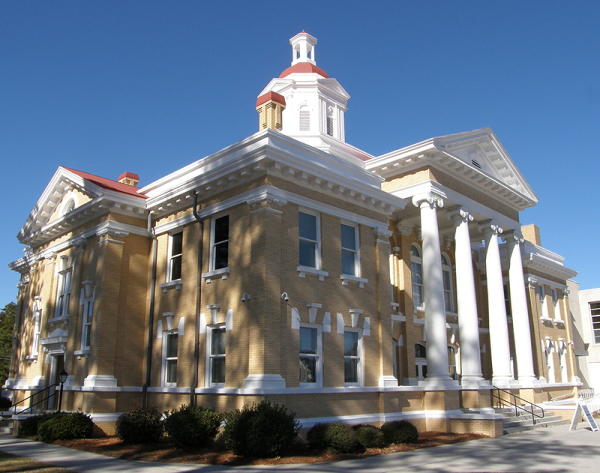 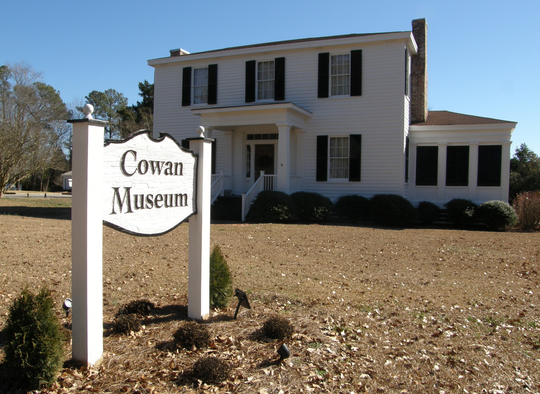 The Cowan Museum in Kenansville has a “hands-on” approach to history. Visitors are able to touch, handle, and sometimes operate many of the thousands of artifacts on hand that offer a glimpse of daily life in early rural America. The Museum, showcasing the collection of co-founders George and Ila Cowan, is dedicated to their daughter, Joann Cowan Brown. Shortly before her death in an automobile accident in 1973, Joann had told her parents that, one day, she would like to have an old-time “speaking machine” with an external horn. Several months after her death, the Cowans decided to honor their daughter’s request and went out in search of the kind of phonograph machine she had described. What they found was a 1906 Edison Home Phonograph with a decoratively painted, ruby-red speaker. They also found that they had been bitten by the collecting bug. Over the next six years they had amassed all manner of Americana – enough relics of days gone by, in fact, to open a museum. And so they did.

Always involved with county projects, the Cowans gave their collection to Duplin County and served as the first curators of the Museum. Opening in 1981, the Museum originally occupied the old town library. In 1986 the Kelly-Farrier House, circa 1848, was moved from its original location near the courthouse to a site adjacent to Liberty Hall, an antebellum plantation home also open to visitors. The modest two-story frame house has been home to the Museum for twenty years and is chock full of common household objects from the 18th, 19th, and early 20thcenturies. 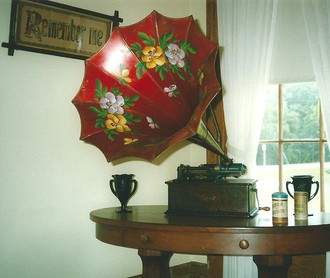 Visitors benefit from a relaxed, informal environment in which knowledgeable guides provide details on many diverse items in the collection. The parlor, for example, features a square grand piano, an 1851 Seth Thomas clock, and a turn-of-the-20th-century fan that runs on alcohol rather than electricity. This room also displays the Edison phonograph purchased by the Cowans in 1973 and which led to the rest of collection. Gathered around the brick hearth is an amazing assortment of cooking aids and household items. There’s a hot water bottle that’s actually made of glass rather than rubber; a spring jack spit rotisserie; an early version of an electric toaster; and even a strange looking item called a “tin oddity.” The kitchen equivalent to a Swiss army knife, this handy little gadget performs seven different functions! As mentioned above, many of the objects in the Museum can be picked up and inspected by visitors, and the guide will demonstrate how they worked. In addition to the items shown in the house, many more are on display in the restored buildings behind the Museum. Buildings include a one-room log schoolhouse, tobacco barn, blacksmith shop, and a single-room, furnished log cabin. Among items found in these buildings are mill stones, antique farm equipment, and a buggy. Hours are 10-4 Tuesday-Saturday and 2-4 Sunday. Closed Mondays and major holidays. Admission is free; donations accepted. 910-296-2149 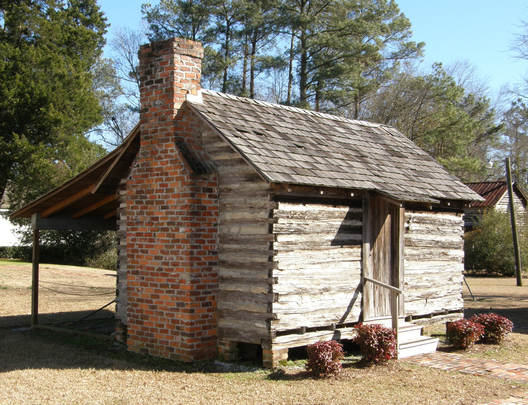 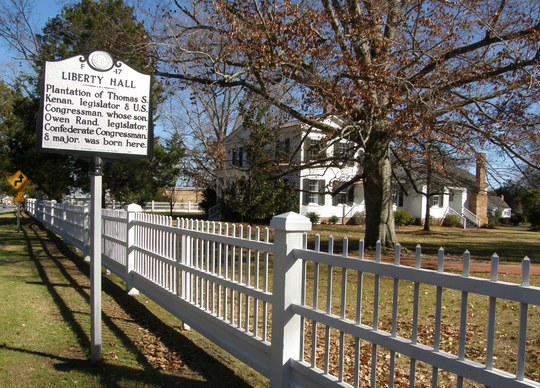 Liberty Hall, ancestral home to the Kenan family, is a completely restored ante-bellum plantation home in the eastern North Carolina town of Kenansville. Patriarch of the Kenan family, Thomas Kenan first came to Duplin County from Scotland in the 1730s. Among the artifacts displayed in the visitor center are two land grants to Thomas Kenan from King George II, one dated September 27, 1750, the other September 24, 1754, along with the General Assembly bill dated April 7, 1750, which established Duplin County. Thomas’ son James was an active proponent for independence, serving as a delegate to the Provincial Congresses of 1774-75 and 1776 and as a colonel of militia during the Revolution. Subsequently, James served in the state legislature and was one of the original trustees of the state university in Chapel Hill. 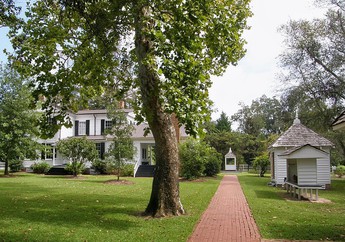 James’ son, Thomas Kenan II, built his home in the early 1800s, naming it Liberty Hall as a tribute to his father’s role during the war. Like his father, Thomas was politically active, serving in both houses of the state legislature. When Thomas moved to Selma, Alabama, in 1833, Liberty Hall passed on to his son, Owen Rand Kenan. The two-story frame house is traditional in structure, with the central hallway separating the formal parlor on the left from the music room. Four bedrooms occupy the second floor, while the back half of the first floor is the library, winter and summer dining rooms, laundry, kitchen, and wine cellar. Because the home remained in the family until it was restored and opened as a museum, there are an unusually large number of furnishings that belonged to Owen, as well as a few owned by his father. On the wall of the library hangs a framed letter dated May, 1792, acknowledging receipt of $300 and signed by Treasury Secretary Alexander Hamilton.

The estate is somewhat unusual in that a considerable number of original outbuildings and dependencies, still remain, including the carriage house, wood shed and tool shop, chicken and smoke houses, and wash house. The plantation overseer’s house has been relocated to the property from a short distance away, and a replica slave cabin has been built. The visitor center features a short video detailing the history of the Kenan family and the plantation restoration. Liberty Hall is open 10-4 Tuesday through Saturday.  Closed Sundays and Mondays and all major holidays. Admission charged. 910-296-2175 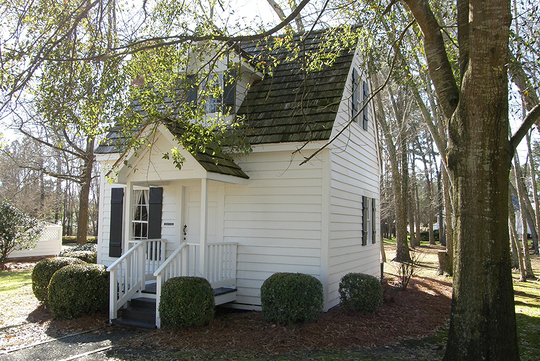