Scroll down this page or click on site name to view the feature on the following Hoke County attraction/point of interest: 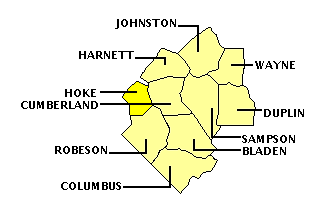 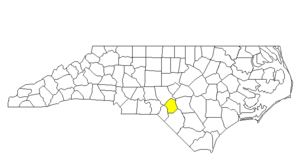 Created in 1911, the county is named for Robert F. Hoke, a Confederate general during the American Civil War and later president of the North Carolina Railroad Company.

The county seat is Raeford.  Other communities include Dundarrach and McCain.

It is worth noting that the northern third of Hoke County is a part of the Fort Bragg Military Reservation.

Below:  The Hoke County Courthouse in Raeford 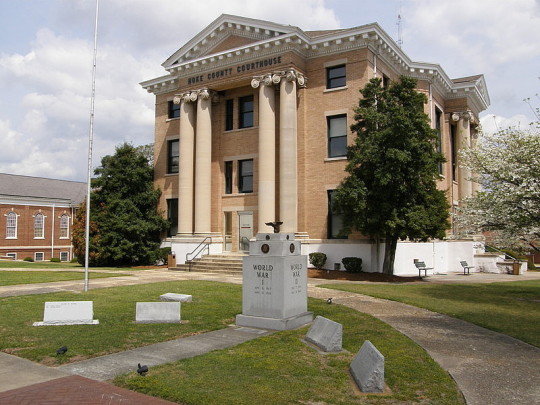 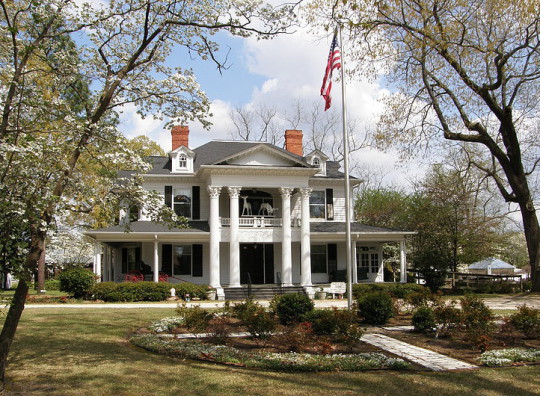 The Raeford-Hoke Museum is located in the former home of John and Christina McLauchlin.   This elegant, Neo-classical Revival house was built in 1905 and features a wide center hall with two large rooms located on either side.  Architectural details include double pocket doors, oak-paneled wainscoting, and large fireplaces with handsome, wood-carved mantels.  Its 6,000 square feet provides ample space to display the Museum’s collection of artifacts showcasing the history of the city, county, and region.  Other buildings on the property include the Pine Forest School, a one-room schoolhouse built circa 1910 that originally served the Wayside community; the Emergency Service Museum, which houses Raeford’s first fire truck, purchased in 1926, soon after the December, 1925 fire which destroyed half of the town’s business district; and a representative country store, which also served as a community post office.  Admission is free.  Hours are 2-4 Sundays and 10-2 Mondays and Tuesdays.  910-875-2279