Scroll down this page or click on site name to view the feature on the following Jones County attraction/point of interest: 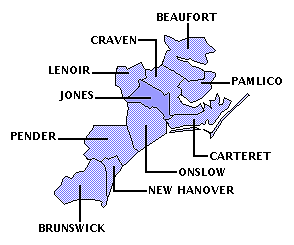 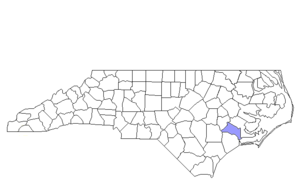 Created is 1778, the county is named for Willie Jones, a Revolutionary War patriot, statesman, and leading Anti-Federalist. 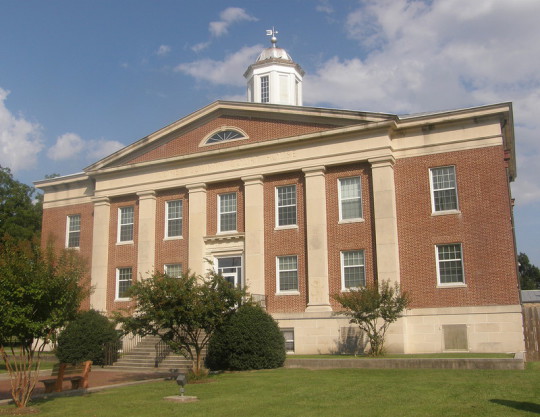 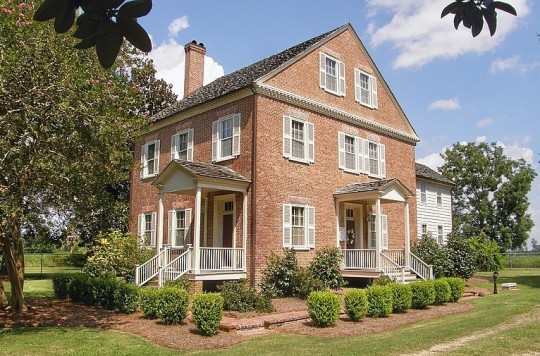 Travelers have to make some effort to tour Foscue Plantation, not because the house is hard to get to – it’s right off US Highway 17 between New Bern and Jacksonville – but because operating hours are very limited.  Regular hours are on Thursday only from 10-4.  The house is open other times by appointment only.  A visit to the Foscue home, however, is well worth scheduling.  Set off from the highway by an iron gate, this handsome ante-bellum home is a visual delight, graced with crepe myrtles and a towering magnolia tree in the front lawn, and bursting with family heirlooms and period antiques throughout the interior. 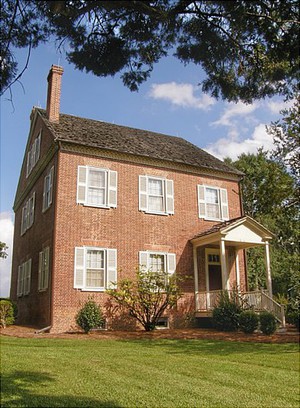 At first glance, the Foscue plantation house, built in 1824, has a modern look to it – a handsome, three-story brick house that would be right at home in any fashionable, recently-built sub-division in any town or city across the state. Step inside the home, however, and the feel is anything but modern. Instead, the Foscue house is a splendid show-place of high-style ante-bellum décor. The house was built near the Trent River by Simon Foscue, Jr, who not only served Jones County for many years as a Justice of the Peace, but who also earned a place for himself in high society as a highly successful planter. Befitting his prestigious pos-ition in the region, Foscue built for his family a plantation home along the lines of the high-style side hall townhouses fashionable in high society during the first quarter of the 19th century.  The house is constructed of bricks made on the plantation and laid out using the traditional Flemish bond design. The home has remained in the family for eight generations, and current owner James E. Foscue has spared no expense to refurbish the home place and to furnish it with a vast array of family pieces and period correct antiques. 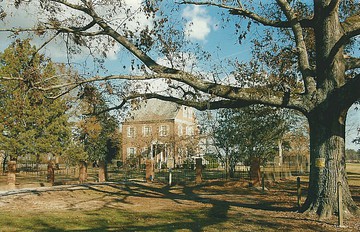 Guided tours of the house, which was added to the National Register of Historic Places in 1971, include all three floors plus the basement and last a min-imum of 90 minutes. At every turn in every room, guests behold stylishly ornate furnishings; hand-somely carved mantels, wainscoting, and crown molding; decorative rugs and curtains; and mirrors, paintings, portraits, and accent pieces, and interesting personal items and curios. While tours provide general information about the architecture, education, and life style of the ante-bellum period, they also delve into the individual stories of the Foscue family members.

During the years leading up to the Civil War, the family enjoyed economic prosperity and great social standing. The Foscues owned a large number of slaves; 48 were working the plantation at the start of the war, a considerable number even in eastern North Carolina. After New Bern fell to Union forces in late 1862, the family had to make unpleasant concessions to the Yankees who occupied the town and surrounding countryside to avoid having the house damaged or destroyed. In the aftermath of the War Between the States, the Foscues endured the same hardships as their Jones County neighbors in trying to rebuild their lives. Open 10-4 Thursday and by appointment. Admission is $10.00 per person. 252-224-1803