Scroll down this page or click on site name to view the feature on the following Sampson County attraction/point of interest: 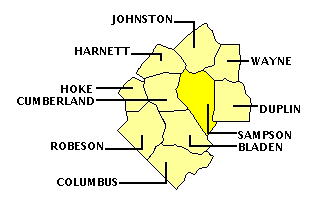 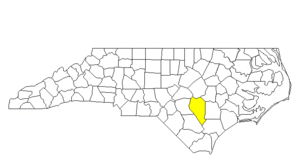 Created in 1784, the county is named for John Sampson, a member of the North Carolina House of Commons.

It is worth noting that William Rufus King, a native of Sampson County, was elected US Vice President in 1853; although he took the oath of office on March 4, 1853, in Cuba [the only United States executive official to be sworn in on foreign soil], he died before having the opportunity to occupy the office to which he had been elected.

Below:  A bust of William Rufus King is on the grounds of the Sampson County Courthouse 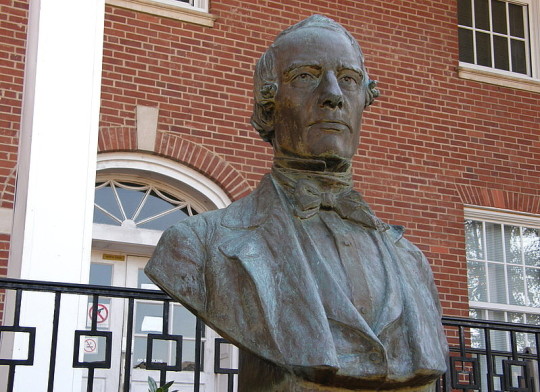 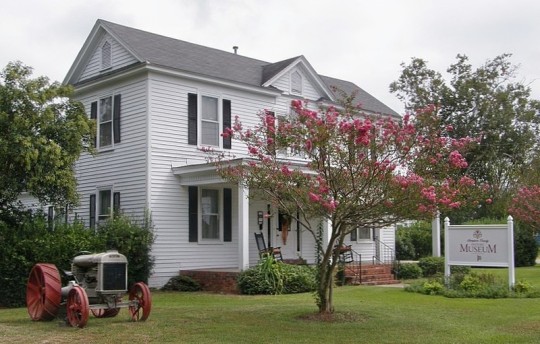 The Sampson County History Museum in downtown Clinton covers a lot of ground – literally as well as figuratively.  In addition to the main building, there are two 18th century cabins, a Civil War-era frame house, a rural store, and three exhibit buildings.  Guided tours of the Sampson County History Museum are relaxed, informal, and show visitors an eclectic assemblage of artifacts ranging from the merely nostalgic to the truly historic.  The main building, for example, is a typical two-story frame house that has been repurposed to hold the museum’s collection of equally typical household items.  Older visitors will remember many of these items fondly, while younger guests may look at them with bewildered amusement. 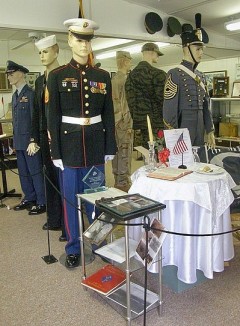 The Museum’s out buildings are themed, each relating a different aspect of Sampson County heritage.  The Agriculture Grange building includes a tractor, cotton mop, and bean harvester.  In the Law Enforcement Museum, visitors will see a moonshine still, a jail cell from the 1950s, and an extremely rare portable convict car.  Among other items, the Military Museum displays uniforms from each branch of the armed forces and covers the First and Second World Wars, Korea, Vietnam, and more recent conflicts.  A tribute to prisoners of war and those missing in action stands near the entrance.

In the case of the cabins, the buildings themselves are as much a part of the collection as the items found inside.  The David Bunting cabin dates to around 1750 and is one of the oldest surviving structures in the county.  Bunting was the son-in-law of Richard Clinton, for whom the city of Clinton, the county seat, was named.  Later, the cabin was home to Dr. Thomas Bunting, who was the son-in-law of Sampson County native Gabriel Holmes, governor of North Carolina from 1821-1824.  The Beasley cabin, built circa 1770, now houses a collection of Civil War era artifacts.  Highlighting this collection are muskets from Harper’s Ferry; a Confederate flag made by ladies of the Clinton Female Institute in 1861 and carried into battle by the 20th North Carolina Regiment; and a rare copy of a Wilmington paper, dated 1862, which provided the text of Governor Zebulon B. Vance’s first inaugural address.  The Museum is open 10-4 Tuesday-Saturday.  Admission is free.  910-590-0007