Scroll down this page or click on specific site name to view features on the following Bertie County attractions/points of interest: 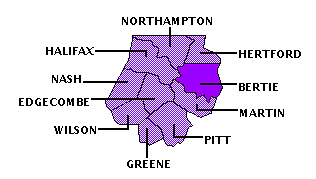 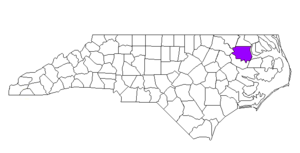 Created in 1722, the county was named for James and Henry Bertie, two Lords Proprietors of colonial North Carolina.

The county seat is Windsor, named for Windsor Castle, a residence of the British royal family.  Other communities include Aulander, Colerain, Lewiston-Woodville, and Roxobel. 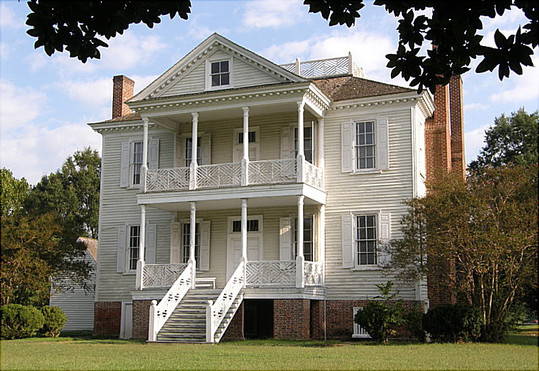 Hope Plantation offers visitors a look at two of Bertie County’s finest surviving examples of late colonial and early Federal architecture. The restored plantation home of Governor David Stone is four miles outside the Bertie County seat of Windsor. Stone was the embodiment of a true Renaissance man. Born February 17, 1770, Stone graduated first in his class from the College of New Jersey (now Princeton University). He gave his valedictory address in Latin. Although trained to be a physician, Stone forsook a medical career to practice law. He studied under William R. Davie in Halifax, N. C., but before passing the state bar in 1790, Stone had already begun what proved to be a remarkable career of public service. At the tender age of nineteen, Stone served as a delegate to the 1789 state convention in Fayetteville, here casting his vote in favor of ratifying the Federal Constitution. Thereafter, he served as a superior court judge, a member of the N. C. general assembly, a University of North Carolina trustee, a member of both houses of the U. S. Congress, and as North Carolina governor from 1808 to 1810. Regrettably, Stone died unexpectedly October 17, 1818, at the age of 48. 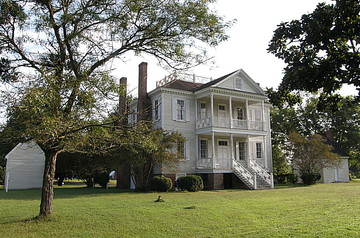 Along with his other accomplishments, Stone had an interest in architec-ture, and Hope Planta-tion’s owner designed his own house, culling ideas from numerous sources, among them Abraham Swann’s 1746 British Architect. The house is a two-story structure built over an above-ground basement and features pedimented double porticos front and back and a hipped roof topped by a “widow’s walk.” Basically Georgian in style, a number of neoclassical features popular during the Federal period are readily apparent, including large windowpanes, Federal mantels, delicately turned columns, and the dominating arch that bisects the downstairs through hall. Restoration of the house began in the mid-1960s, a near miraculous rescue of the historic landmark after years of abuse and neglect. Today the home reflects its original splendor, and rooms are filled with Stone family possessions and fine period furnishings. In particular, two cabinets, striking examples of Roanoke River Basin style craftsmanship, are on display. A faithfully reconstructed summer kitchen opened in 2002. 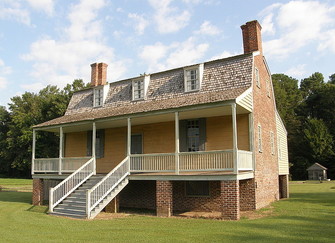 Somewhat overshadowed by the grand plantation home is the King-Bazemore house, another house on the property open for tours. Moved to Hope Plantation from its original site some four miles away, this 1763 two-story structure is a rare example of a gambrel-roofed house with brick end walls.   The Flemish-bond brick sides, T-shaped chimneys, and arches over windows and fireplaces reflect medieval architectural influences. Modifications to the home show touches of both Georgian and Federal styles. Dependencies associated with the King-Bazemore house include an original meat house and a reconstructed kitchen. Hope Plantation is open daily, except Thanksgiving, from March 1 through December 22. Hours are 10-4 Monday through Saturday, 2:00-5:00 Sunday. Admission charged.  252-794-3140 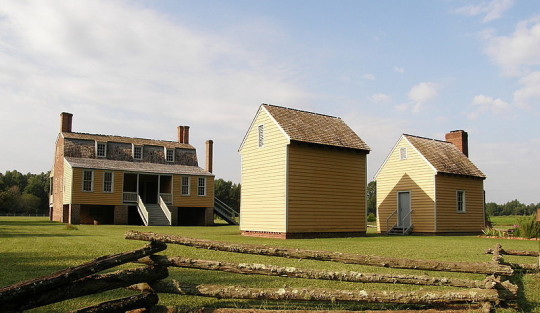 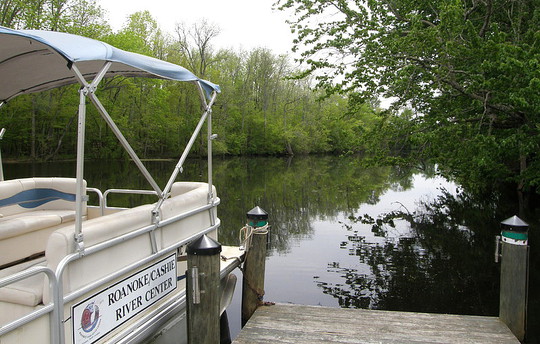 The Roanoke/Cashie River Center in Windsor is one of more than two dozen natural, cultural, and/or historical stops along The Sounds Discovery Trail.  This route loops through five northeastern counties:  Beaufort, Bertie, Hyde, Tyrrell, and Washington.  The Center itself is a Partnership for the Sounds educational facility that promotes environmental educa-tion and nature-based tourism in the region between the Albemarle and Pamlico Sounds. 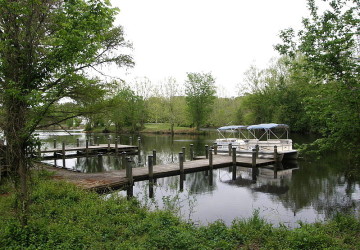 Indoor displays include an exhibit focusing on the region’s migratory song-birds; a diorama featuring bottomland inhabitants; a display case showcasing Tuscarora Indian artifacts; and an exhibit on the Civil War’s 1864 “Battle of Wind-sor.”  Outdoors, a board-walk provides an oppor-tunity for a short nature walk along the scenic Cashie River.  A weekly highlight at the RCRC is the “River Ramble,” a free pontoon boat ride on the Cashie given 10:30-11:30 every Saturday morning beginning in mid-April and continuing through the summer and early fall.  Seats are limited and pre-registration is required.  Canoe rentals at the Center are also available.  RCRC is open 10-4 Tuesday through Friday; a nominal admission is charged.  252-794-2001 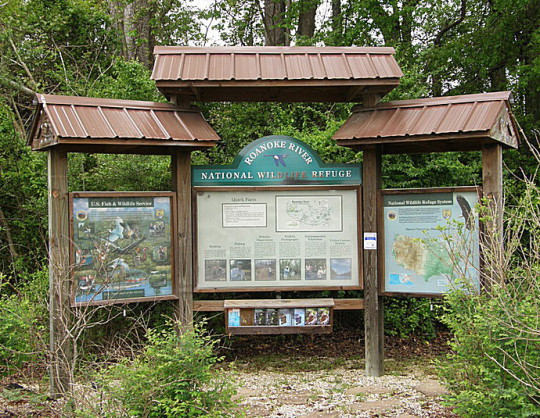 Roanoke River National Wildlife Refuge consists of five pockets of land, mostly in Bertie County, encompassing nearly 21,000 acres of land along the lower Roanoke.  Refuge visitors can enjoy fishing, boating, hiking, wildlife observation, and, by special permit only on selected Refuge lands, hunting.  Most Refuge areas are most easily accessed by boat; however, a self-guided nature trail is located off US highway 17 between Windsor and Williamston.  This is one of many stops along the Charles Kuralt Trail, and a kiosk is found at the trailhead.  Another Kuralt kiosk stands outside the Refuge’s management office in Windsor.  252-794-3808