Scroll down this page or click on site name to view feature on the following Edgecombe County attraction/point of interest: 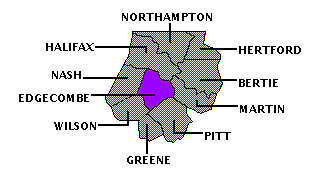 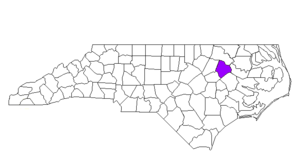 Created is 1741; the county is named for Richard Edgecombe, first Baron of Edgecombe, a member of Parliament and Lord of the Treasury.

The county seat is Tarboro, named for the Tar River.  Other communities include Conetoe, Leggett, Macclesfield, Pinetops, Princeville, Sharpsburg, Speed, Whitakers, and part of Rocky Mount.

It is worth noting the Tarboro Town Commons is the only remaining example of a colonial common in the state; Princeville, established in 1865 by former slaves, was the first all-black town incorporated in North Carolina. 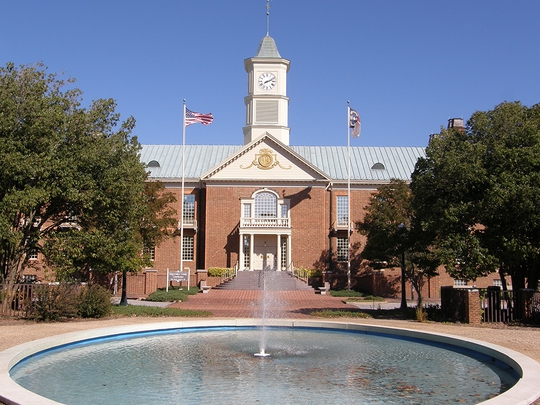 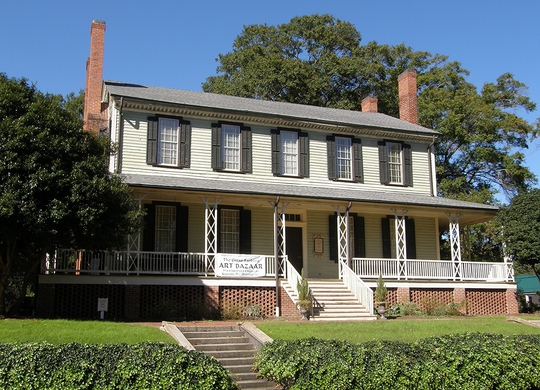 The Blount-Bridgers House stands at the corner of Bridgers and St. Andrews Streets in historic Tarboro. It pulls double duty, serving as both a house museum and an art gallery. Constructed by Thomas Blount around 1808, it is a two-story brick structure built in the Federal style. Blount was a prominent North Carolina statesman. His brother, William, was a signer of the U. S. Constitution and first governor of Tennessee. Thomas Blount also fancied himself an architect and assumed responsibility for designing his mansion. Although he took pains to make the exterior of the house very symmetrical, doorways and fireplaces inside are noticeably off-center. (Although Blount chose the highest point of land in all of Tarboro for his home, this didn’t prevent the basement of the house from being flooded in the aftermath of Hurricanes Dennis and Floyd, giving good indication of how severely Tarboro was impacted by these storms.)   Louis Wilson, another North Carolina politician, acquired the house following Thomas Blount’s death in 1812. Still later, lawyer John Bridgers purchased the property.

Only the first floor is presented as a house museum, and guided tours take guests through the front and rear entrance halls, keeping room, dining room, and parlor. Furnishings in the rooms span the entire 19th century. One of the interesting architectural features of the house is the open stairway in the rear foyer – at the time the house was constructed, fashion dictated that stairways be enclosed. Several individual pieces of furniture stand out as well, including a mid-18th century blanket chest displaying very distinctive Spanish dovetailing, and a secretary owned by Robert Toombs Clarke, the only individual from Tarboro to serve the state as governor. The most prized item, however, is a framed print depicting the signing of the Declaration of Independence. The print is fairly common, but the frame, accented with a finely carved eagle at its top, was crafted by artist John Trumbull himself.

The Hobson Pittman Memorial Gallery occupies the second floor of the Blount-Bridgers House. Two small rooms showcase the talents of Hobson Pittman (1899-1972), an Edgecombe County native who gained national recognition during the early-to-mid 20th century. Pittman displayed his artistic talent at an early age, and his first painting, a pastoral landscape done in when he was only ten years old, is exhibited on the wall opposite his final work, a floral still life done in 1971, only months before his death from cancer. A large number of original Pittman paintings, spanning five decades, are displayed. Many personal items, including the artist’s last palette and easel, are part of the collection. As two of John Bridgers’ daughters taught art to Hobson when he attended school in Tarboro, the Edgecombe County Cultural Arts Council felt it appropriate that a part of the house be used to feature a tribute to the artist.

The remainder of the second floor serves as an art gallery. Prior to being acquired by the Arts Council, the town had used the Blount-Bridgers House as a community center, and the hallway separating two upstairs bedrooms had been taken out to form one large multi-purpose room. When the Council restored the house in 1982, the room was ideally suited for use as a gallery. Different artists and exhibits are showcased every six to eight weeks. The Blount-Bridgers House and Pittman Gallery are open 10-4 Monday-Friday and 2-4 Saturday and Sunday. Admission charged. Guided tours of the first floor and the second floor rooms devoted to Hobson Pittman last about one hour. All floors are handicap accessible. 252-823-4159 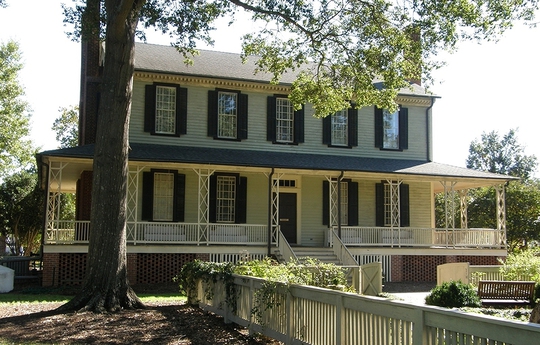