Scroll down this page or click on specific site name to view features on the following Nash County attractions/points of interest: 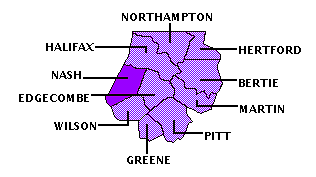 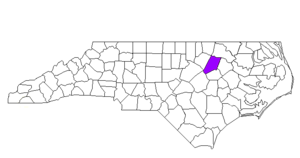 Created in 1777, the county is named for General Francis Nash, a Revolutionary War officer mortally wounded at the Battle of Germantown.

The county seat is Nashville.  Other communities include Bailey, Momeyer, Spring Hope, Stanhope, and parts of Rocky Mount. 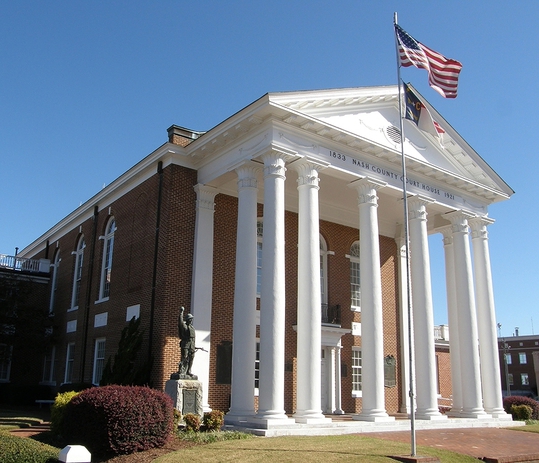 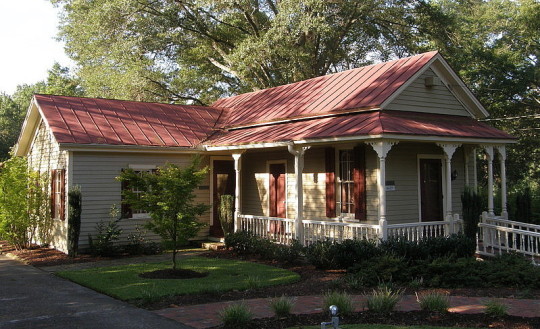 The eastern North Carolina town of Bailey is home to one of the few museums in the nation paying homage to the memory of the rural family physician, more often referred to as “the country doctor.” The Country Doctor Museum opened in 1967 and is housed in a “composite restoration” of two offices used by regional doctors who helped bring modern medicine to Eastern North Carolina. The earlier of the two buildings, the office of Dr. Howard Franklin Freeman, was constructed in 1847, while the latter office, used by Dr. Cornelius Henry Brantley, was built in 1884. The two offices were moved from their original locations and joined together to form one building. The museum contains a physician’s office, an apothecary shop, and rooms exhibiting all manner of medical instruments and equipment. Of special note among the many artifacts displayed are the actual instruments used to amputate the arm of Confederate General Thomas “Stonewall” Jackson following the battle of Chancellorsville.

Behind the main building is the Mercer Reeves Hubbard Medicinal Garden. Modeled after the famed Botanic Garden in Padua, Italy, the oldest medicinal garden in Europe, the museum garden was dedicated in 1971 by noted playwright Paul Green. 19th century doctors used traditional herbal remedies to treat patients, and more plants used for medicinal purposes are native to North Carolina than any other part of the world, save Japan. Several dozen plant species are grown in the museum’s garden. At the rear of the property is another small building housing the “North Carolina History of Nursing” exhibit, with special emphasis on the early history of nurses’ training in North Carolina and the role of nursing during the Second World War. 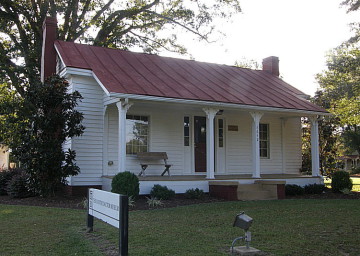 Across the street from the main museum building stand the carriage house and the Farmer Annex.  An 1891 farmhouse built by William D. Farmer, the annex building houses the museum’s office, a gift shop, and a library (open to the public).  It is here that visitors begin their guided tour of the museum com-plex.  The carriage house is the last stop on the tour and showcases the typical means of transportation used by the typical country doctor to take him on his appointed rounds.  The buggy, surrey, and 1912 Ford Model T of Dr. Henry B. Shields are on display.  From US 264, take NC 581 South into Bailey.  Turn right at the light onto 264 Business.  Go one block and turn left onto Peele Street.  The museum complex is two blocks on the left.  Hours are 10-4 Tuesday through Saturday.  It is closed Sundays and Mondays, Christmas week, and other major holidays.  Admission charged.  252-235-4165 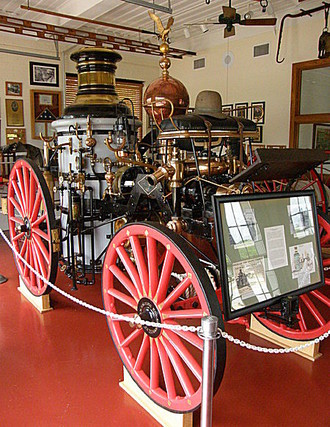 Though small, the Rocky Mount Fire Museum is packed with interesting artifacts from the earliest days of the city’s fire department.  Located in Fire Station # 2, a two-story brick firehouse, the museum has wonderful ambiance as well.  The central artifact is the department’s original steamer engine, built in 1878 by the Silsby Fire Engine Company, which was later purchased and consolidated with other such companies to become the American LaFrance Fire Engine Company.   Originally owned and operated by the New York City Fire Department, the steamer was purchased by the town of Rocky Mount in 1896 for $2,600.  In anticipation of acquiring the steamer, the town had earlier spent another $100.00 for a mule to pull it.   The steamer was the town’s primary piece of fire-fighting equipment until Rocky Mount purchased its first automotive fire truck in 1914.  The steamer was then used as a secondary pumper until finally being retired in 1922.

A two-wheeled hose cart and a ladder wagon (which also carried axes and pike poles) are among other artifacts on display; the hose cart and ladder wagon were pulled to the site of the fire not by horses or mules, but by the firemen themselves.  The city’s first fire alarm system is also on display.  Two leather buckets on exhibit are not original to the fire department but date back to colonial days, when townspeople would form an impromptu “bucket brigade” to combat fires.  Museum hours are 9-5 Monday through Friday.  Admission is free.  252-972-1376 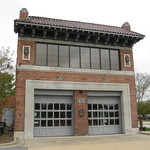 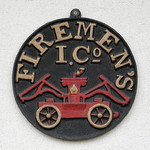 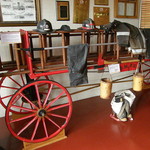 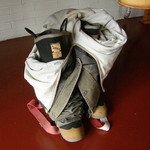 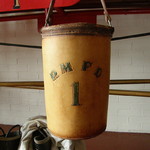 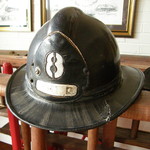