Scroll down this page or click on site name to view the feature on the following Martin County attraction/point of interest: 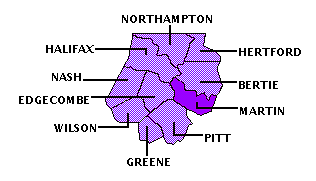 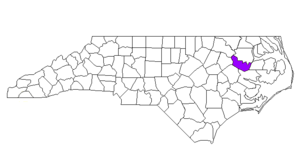 Created in 1774, the county is named for Royal Governor Josiah Martin.

Fort Branch, constructed in 1862 by the Confederate Army along the 70-foot bluffs of the Roanoke known as Rainbow Banks, deterred Union gunboats from advancing farther upriver.  Armed with a dozen cannons, the earthen fort helped protect the railroad bridge at Weldon, an integral link in the Confederate supply line running between Wilmington and Richmond.  It also helped guard the construction site of the ironclad CSS Albemarle at Edward’s Ferry.  Fort Branch was manned by Rebel troops until April 10, 1865, the day after Lee’s surrender at Appomattox.

The site today includes restored earthworks, rebuilt gun emplacements, the reconstructed winter quarters of the First N. C. Volunteers, and eight of the stronghold’s original artillery pieces.  It is believed that Fort Branch is the only earthen fort in the South with its original artillery in place.  The site of the fort is privately owned.  Site maintenance, projects, and programs are carried out by the non-profit Fort Branch Battlefield Commission, Inc.  Fort Branch is open 1:30-5:30 on Saturdays and Sundays from the first weekend in April through the first weekend in November.  The final weekend of the season is also the time of the site’s annual battle re-enactment and living history program.  252-792-6605 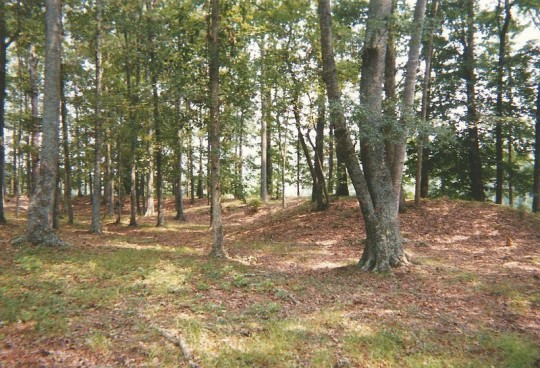