Scroll down this page or click on specific site name to view features on the following Clay County attractions/points of interest: 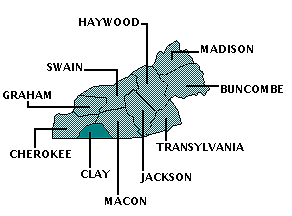 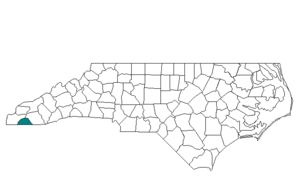 Created in 1861, the county is named for statesman and orator Henry Clay, who earned a reputation as the “Great Compromiser.”

The county seat is Hayesville, named for George W. Hayes, a member of the NC General Assembly who worked for the formation of the county.  Other communities include Brasstown, Shooting Creek, and Warne.

It is worth noting that the John C. Campbell Folk School is located in Brasstown. 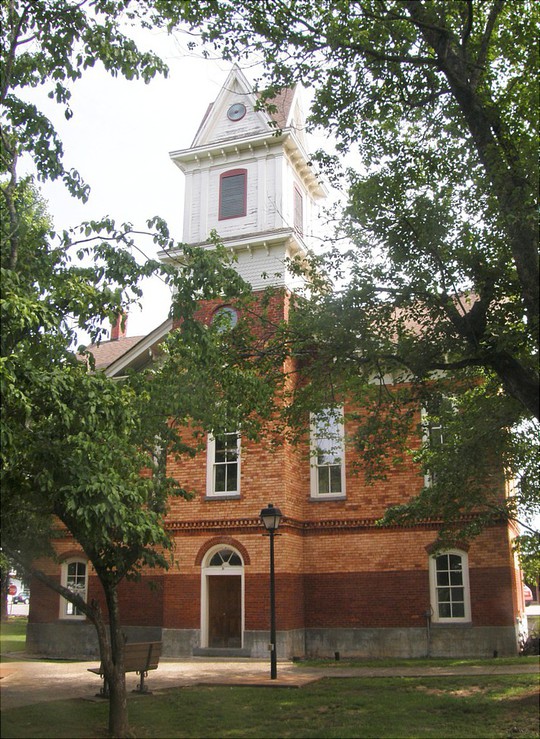 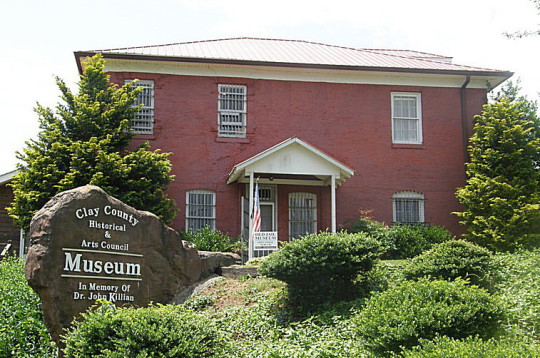 The Clay County Historical & Arts Museum occupies the former county jail, built in 1912 for a little less than $4,000. For sixty years, this concrete building was used to hold miscreants; now it holds miscellany. There are representations of Hayesville’s first post office in 1869 and the medical office of Dr. Killian circa 1920-1940. Items typically found in early farmhouse kitchens are displayed, along with looms and textiles from the late 19th century and a collection of vintage farm implements. There’s even an original switch-board used for more than 30 years at the Clay County Telephone Company. Exhibits that honor the Cherokee heritage of the region include baskets, pottery, moccasins, and clan masks, as well as a hand-made quilt connected with the infamous Trail of Tears.

The John C. Campbell Folk School in Brasstown is a school at which almost anyone would enjoy being enrolled.  Here, the traditional subjects are not English, math, history, and science. Rather, classes are offered for an incredibly wide variety of arts and crafts. Subjects include tinsmithing, blacksmithing, and woodworking; spinning, weaving, knitting, quilting, and needlework; singing, dancing, writing, and storytelling, and the list goes on and on. The Campbell Folk School began in 1925, modeled after the Danish folk school concept, and has been operating ever since. More than 800 classes are taught each year, with week-long and weekend adult classes are offered year-round.

But there is much to attract the casual visitor to the campus as well. Friday night concerts feature regional acts performing bluegrass, folk, gospel, and Celtic music. Every other Saturday, the joint is usually jumping with contra and square dancing. The 380-acre campus also has nature trails, including the Rivercane Walk, a creekside trail with art that honors the area’s deep-rooted Cherokee heritage. Featured pieces include "Eagle Dancer," "Uktena Serpent," "Corn Maiden," and "Seven Clans Poles" along with the Medicine Wheel and Fire Circle. Studio tours allow visitors to see students learning and honing their skills. At the school’s Craft Store, a variety of items from more than 300 regional artists are offered for sale. Craft Shop hours are 8-5 Monday-Saturday and 1-5 Sunday. 828-837-2775

Clay County is bordered by CHEROKEE and MACON counties.