Scroll down this page or click on specific site name to view features on the following Caswell County attractions/points of interest: 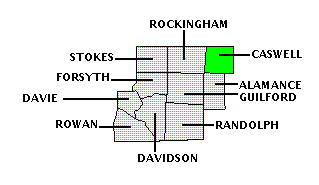 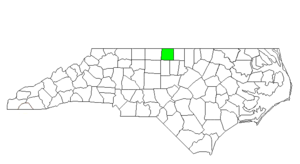 Created in 1777, the county is named for Richard Caswell, a member of the First Continental Congress and the first governor of the State of North Carolina.

The county seat is Yanceyville, named for Bartlett Yancey, a US congressman and NC state senator.  Other communities include Anderson, Casville, Leasburg, Milton, Pelham, and Providence.

It is worth noting that the process of flue-curing tobacco was discovered – by accident – in Caswell County in 1837.

Below:  The Caswelll County Courthouse, site of a political assasination in 1867 that touched off the so-called "Kirk-Holden War" 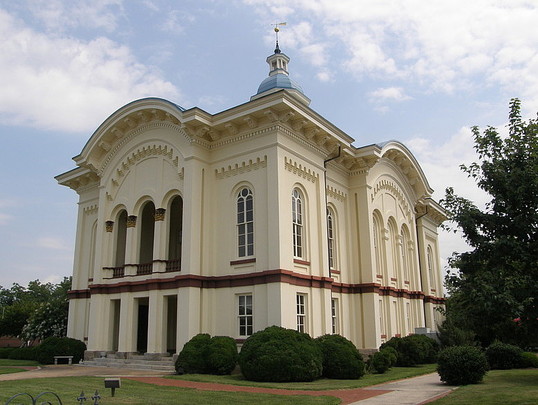 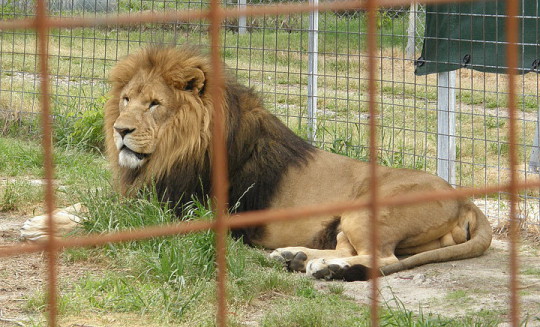 Education, conservation, and rescue form the three-part mission of the Conservators' Center.  The exotic animals being cared for at this rural habitat were confiscated by government authorities and turned over to the Center or come from owners who could no longer control their animals.  Along with tigers, lions, and wolves are many lesser-seen species:  binturongs, servals, caracals, ocelots, genets, and kinkajous.  There’s also a kind of canine from New Guinea called a singing dog.  These dogs not only make vocalizations that sound strangely like singing, but they can also climb trees!  Several different tours are available, including one designed especially for younger children, another one for shutterbugs, and several intended for family and groups.  PRIOR APPOINTMENTS ARE MANDATORY TO VISIT THE CONSERVATORS' CENTER; NO ONE WILL BE ADMITTED WITHOUT AN ADVANCE APPOINTMENT.  The preferred method of scheduling tours is to use the Center’s website.  336-421-0883 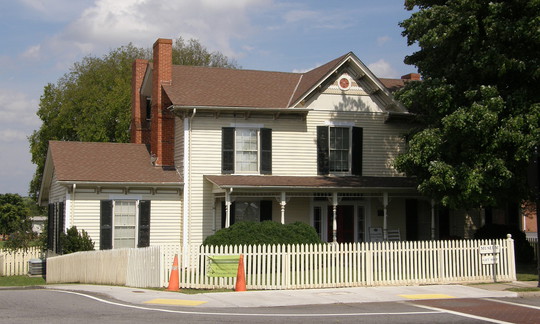 The Florence-Gatewood House, dating to around 1822, faces Yanceyville’s courthouse square and makes an appropriate home for the Richmond-Miles History Museum.  The small facility includes miscellaneous artifacts and displays dealing with Caswell County history.  Hours are 12-4 Thursday and Friday. Free admission.  336-694-4965 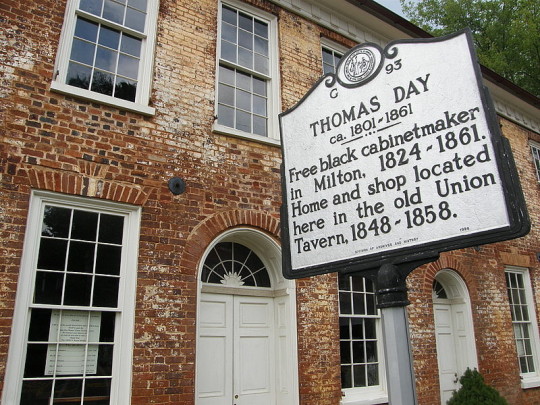 Located near the Dan River, little more than a stone’s throw from the Virginia-North Carolina state line, is Milton. Incorporated in December, 1796, the town was a trade and cultural center during the first half of the 19th century, benefiting from its proximity to the river and from its location along the main wagon route between Richmond and Hillsborough.  Union Tavern, a Federal-style, two-story red brick building constructed in 1818, offered good food and drink and pleasant lodgings to the many visitors who passed through town. Although its role in the history of Milton in itself would make the tavern worth preserving, the name Thomas Day which has become associated with it gives the building added meaning and importance. Day was born about 1801 near Emporia, Virginia to a free black woman. At that time, the legal status of black children was defined by their mother’s status, so Thomas was a free black as well. He moved to North Carolina in 1823 and gradually established a reputation as one of the state’s pre-eminent furniture craftsmen. Day purchased Union Tavern in 1848 and used the building for the next ten years as both shop and residence. In 1850, Day operated the largest furniture company in the state, utilizing whites, free blacks, and slaves. Since he was among the first to use steam-powered tools and mass production techniques, Day is now regarded as an early founder of the modern Southern furniture industry. During his lifetime, Day’s pieces were in high demand from Virginia to Georgia, and 150 years later, his are among the most prized furnishings in regional museums, including the Museum of Early Southern Decorative Arts (MESDA) in Winston-Salem and the North Carolina Museum of History in Raleigh.

Although this historic structure still stands, Union Tavern was severely damaged by a fire in 1989 that basically gutted the interior. Although badly damaged by flames, most of the original fireplace mantels survived, and the intricacy of their carved decorations is still evident.   Miraculously, the windows at the front of the building – with decorative trim work at the top – escaped serious damage. Through efforts spearheaded by local citizens, and with some additional outside funding, the Tavern has undergone a slow but steady restoration and is now once again open to the public, this time providing space for town office, a meeting room, and a small museum dedicated to Thomas Day. Fortunately, there is still an abundance of the craftsman’s furniture scattered about Milton, some of which has found its way back to Union Tavern. The Union Tavern/Thomas Day House Restoration continues to make improvements to the tavern and surrounding property as funds allow. The Tavern is open 10-2 on Saturdays and Sundays. In addition to a brief video about Thomas Day and the town of Milton, many fine examples of his craftsmanship are on display.