Scroll down this page or click on specific site name to view features on the following Rockingham County attractions/points of interest: 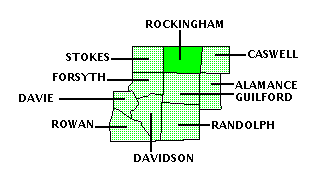 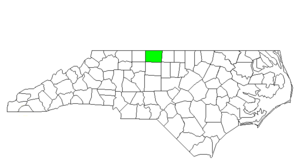 Created in 1785, the county is named for Charles Watson Wentworth, the Marquis of Rockingham and a supporter of the American colonies.

The county seat is Wentworth.  Other communities include Eden, Madison, and Reidsville.

THIS SITE IS NOW CLOSED TO THE PUBLIC.

Occupying the highest elevation in Rockingham County a few miles northwest of Reidsville, Chinqua Penn Plantation is an architectural wonder and a sensory delight.  Though ostensibly an English country manor, due to the imaginative design and eclectic tastes of its owners, the house defies easy description.  A legitimate “American Treasure,” listed on the National Register of Historic Places, this 31,000-square-foot, Y-shaped mansion was designed by and built for Jefferson and Betsy Penn between 1923 and 1925.  Featuring 27 rooms, it was intended to be a “place of personality,” where people would want to come again and again.  Jeff Penn was quoted as often telling his guests “We hope that while you were at Chinqua Penn, you found some meditation for the mind, some solace for the soul, some harmony for the heart.”  The feelings of welcome and wonder that Jeff and Betsy Penn sought to evoke still permeate the stone and timber walls of their one-of-a-kind home.

Every room has its own unique styling.  The living room, for example, is a cavernous 55 by 28.5 foot area with a 35 foot cathedral ceiling, accented with entrance columns of sculptured Italian stone, picture windows looking out upon the back lawn, a massive fireplace, and huge rafters painted in a Scandinavian design.  The octagonal breakfast room has the look and feel of a conservatory, with a mosaic-tiled floor and decorated with mythological figures.  The oval-shaped formal dining room features floor-to-ceiling mirrored folding doors and a carved ceiling depicting the chinquapin tree.  The Penns enjoyed such outdoor activities as horseback riding, hunting, and fishing, and so a rustic “mud room” with a wall-to-wall stone floor was included in the blueprints.  The rooms that come closest to being described as “cozy” are the first-floor master bedroom and adjoining sitting room, and it was in these rooms that the Penns spent much of their leisure time in the company of their pet cocker spaniels.

Five guest bedrooms with private baths are located on the second floor.  The so-called Velvet Room, overlooking the living room, is home to a massive organ purchased in 1926 for $25,449 – equal in cost to five Packard limousines.  Interestingly, neither husband nor wife played the organ.  Also located on the second level is the library, featuring an open balcony that looks down upon the living room.  World travelers, the Penns collected objects d’art from all points of the globe, and Chinqua Penn showcases items from nearly 40 European, Northern African, and Asian nations.  The uniqueness of the 23-acre estate doesn’t end at the house.  Also located on the property is a stone bell tower, a Chinese pagoda overlooking the swimming pool, the partial remains of a windmill, and a diverse assortment of lawns, gardens, and wooded landscapes. 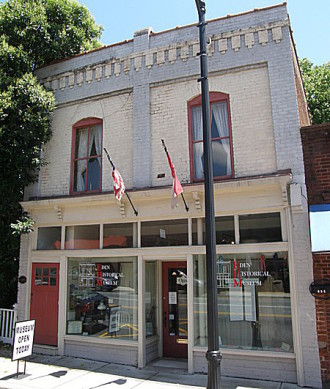 There was a time when North Carolina road maps featured the Rockingham County towns of Leaksville, Spray, and Draper.  Since 1968, however, this trio of towns has been absent from the maps, and even today’s GPS wouldn’t help anyone find them. That’s where the Eden Historical Museum comes in handy.  Inside a small gray building on Washington Street in Eden is an informative series of exhibits describing the origins and development of Leaksville, Spray, and Draper.  They also explain how, on May 12, 1967, the citizens of these three com-munities voted in favor of joining together to form a new town.  Eden was chosen as the name for the new municipality by voters in recognition of the area’s having been described as a “Land of Eden” by Colonel William Byrd II, Chief surveyor among a group of men who determined the dividing line between North Carolina and Virginia in 1728.  Byrd was so taken with the land that he eventually bought 26,000 acres of land on the North Carolina side of the Dan River.  The new town of Eden immediately became North Carolina’s 23rd largest city. 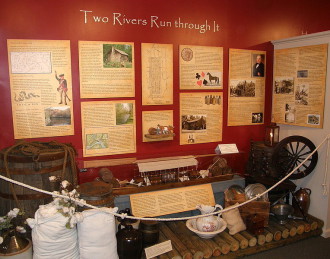 Among many interesting artifacts displayed is the brass whistle from the Leaksville Cotton Mill, “the symbol of the rhythm of life in a mill community.”  A unique item on loan to the Museum is an iron-tipped bateau pole, the only bateau artifact ever found in the Tar Heel State.  Once an everyday sight on the Dan and Roanoke Rivers, double-ended, shallow-draft, flat-bottomed bateau boats, ranging between forty and sixty feet in length and eight feet wide, provided the most reliable means of transporting goods from Leaksville to Danville, Virginia until the arrival of the railroad in the 1883.  The bateau artifact was discovered in the Dan River in 2010.  Museum hours are 10-4 Saturday.  A small admission is charged.  336-623-0773 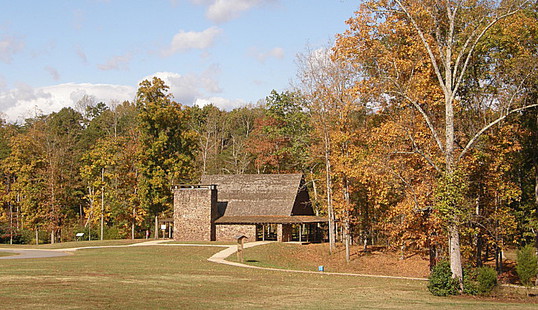 Mayo River is one of the newer parks in the extensive statewide system, opening to the public in 2010.  However, from 1948 until the 1970s, the site was operated as a community park owned by the Washington Mills Company.  Architect Antonin Raymond, a protégé of Frank Lloyd Wright, designed the massive picnic shelter that still stands, serving its original intended purpose.  A bathhouse from the same period had deteriorated too badly to be saved, but original blue slate stones used in that building were incorporated into the flooring of the new restroom facilities that stand in its place.  Activities center primarily on the river; there are two hiking trails, one a half-mile in length, the other a 1.8-mile loop.  The park opens daily at 8 AM year-round; closing hours vary seasonally.  Closed Christmas Day.  336-427-2530 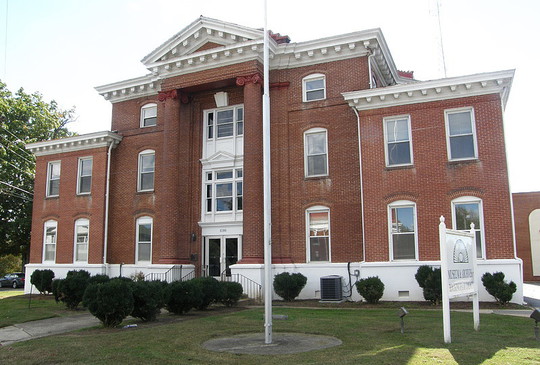 The Museum and Archives of Rockingham County [MARC] is the realization of a long-held vision of local citizens to provide a centralized, sustainable location for collecting, preserving, and sharing the history of the county.  The historical complex, which opened in August, 2012, includes the former county courthouse building and jail, built in 1907 and 1910 respectively, and the Wright Tavern, dating to 1816.  The latter ably served the county seat of Wentworth for well over a century, providing food and lodgings to judges, attorneys, members of the jury, and litigants, as well as other travelers.  The tavern is listed on the National Register of Historic Places in part because the two-story, Federal-style frame house provides a rare example of a “dog-run” passage.   Interior rooms feature heart pine flooring, hand-carved mantels, wainscoting, and wood graining.  Among the original furnishings displayed are pieces attributed to artisan Thomas Day, a free black who, for many years prior to the Civil War, owned and operated a furniture shop in neighboring Caswell County.   Dependencies include a kitchen, granary, and smokehouse.  Another building on the property is the law office of Ira Humphreys, a county attorney and Clerk of Court.  Museum hours are 1-6 Wednesday through Friday and 10-4 Saturday.  Admission charged.  336-634-4949

MUSEUM AND ARCHIVES OF ROCKINGHAM COUNTY 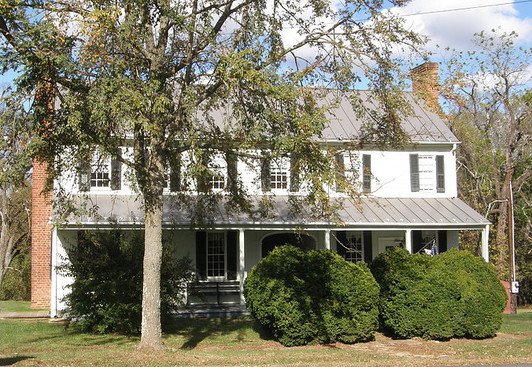 Rockingham County is bordered by CASWELL, GUILFORD, and STOKES counties.