Scroll down this page or click on site name to view the feature on the following Stokes County attraction/point of interest: 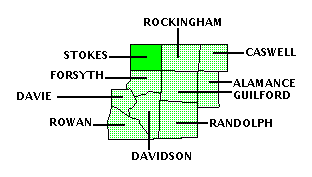 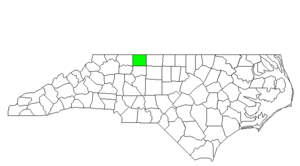 Created in1789, it is named for Captain John Stokes, a Revolutionary War officer and a member of the NC House of Commons.

The county seat is Danbury, named for its proximity to the Dan River.  Other communities include Germanton, King, Lawsonville, Pinnacle, and Walnut Cove.

It is noteworthy that the entire Sauratown Mountain range is located within the borders of Stokes County. 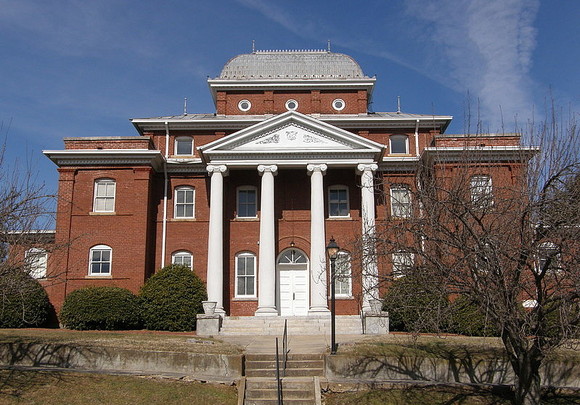 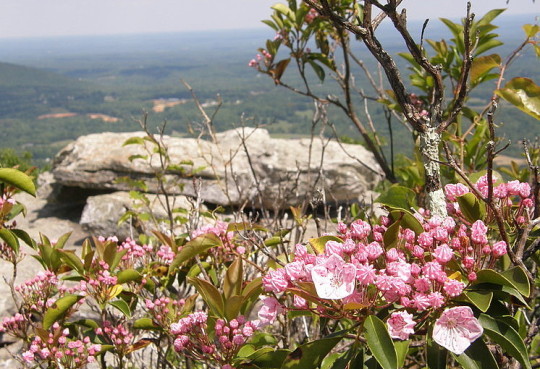 The pride of Stokes County, Hanging Rock State Park is a sure-fire bet to get the blood pumping and the senses stimulated.  Less than an hour’s drive north of urban Winston-Salem, this park seems a world away from 21st century metropolitan life.  Covering just over 7,000 acres in the Sauratown Mountains, Hanging Rock offers an incredible variety of outdoor activity, from canoeing, boating, fishing, and swimming at the 12-acre lake to horseback riding, hiking, and overnight camping.  In 2012, it earned the honor of State Park of the Year. 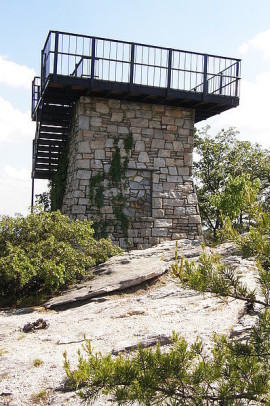 Twelve trails, covering more than 18 miles and leading to cascading waterfalls and spectacular overlooks, help make Hanging Rock one of the most visited parks in the state system – it draws about 500,000 guests annually.  Probably the most popular trail is the 1.2 mile trek that leads to the top of Hanging Rock, the craggy outcropping of quartzite stone that gives the park its name.  From this vantage point, about 2,500 feet above sea level and 1,700 feet above the surrounding countryside, it is possible, on clear days, to see the concrete and steel towers of Winston-Salem’s business district.  Visitors are cautioned to resist the urge to venture too close to the edge, as there are no protective guard rails or safety devices.  The Hanging Rock Trail gets steep near the summit and is rated moderately strenuous. So, too, is the 2.2-mile Cook’s Wall Trail, which leads visitors to the sheer cliffs of Wolf Rock and House Rock.  The Moore’s Wall Loop Trail, 4.2 miles in length and rated strenuous, takes hikers across a footbridge and up to Moore’s Knob, at 2,552 feet the highest point in the Sauratown Mountain range.  An observation tower stands here; as hikers make their descent along a different portion of the trail, they will pass Balance Rock, one of the park’s more interesting geographical formations. 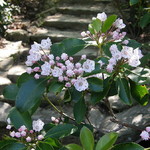 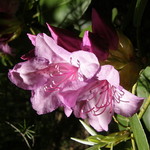 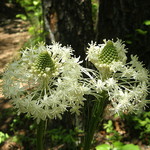 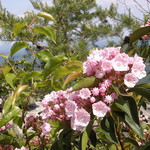 Five waterfalls can also been found at Hanging Rock, each accessible by easy-to-moderate trails .06-miles or less.  The highest is Tory’s Falls, where water cascades 240 feet over a series of terraces.  Near this waterfall is Tory’s Den, a small cave about 20 deep; according to legend, the cave was a sanctuary for Loyalists during the American Revolution.  The most picturesque may be Lower Cascades and is probably the one to visit if time is limited.  Upper Cascades, Hidden Falls, and Window Falls complete the set. 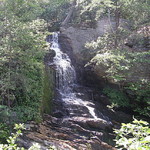 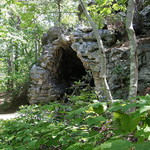 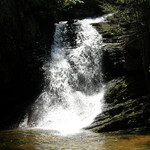 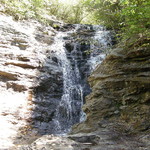 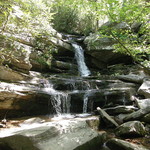 Aquatic activities are plentiful around the park’s 12-acre lake.  In 1938, the Civilian Conservation Corps [CCC] created the lake by building a concrete and earthen dam to impound Cascade Creek.  Swimming is usually allowed during the summer months from 10 AM to 5:45 PM,  although hours may vary based upon staff availability.  The site includes a stone-and-timber bath 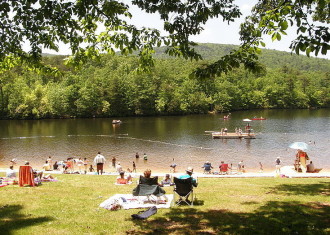 house with restrooms, dressing rooms, a snack bar, and lounge.  Rowboats and canoes are available for rent, and anglers can fish from the shore, pier, or lake.  Common catches include bass and bream.  Hanging Rock is an ideal place to spend the night, and the family campground area offers 73 sites for tents and trailers, each with its own picnic table and grill.  For those slightly less adventurous – and who plan far enough ahead to make the necessary reservations – the park also has ten rental cabins available.  Each can accommodate six people and has a kitchen, living room, and two bedrooms.  Contact the park for specifics.  Two picnic areas, one situated on a terraced hillside near the lake, the other near the Window Falls and Indian Creek trailheads, each provide 60 tables and 15 grills.

The park’s modern and spacious visitor center has an exhibit room providing information about the Saura Indians, the natural and cultural history of the region, and a video about the CCC. The park opens daily at 8 AM year-round; closing hours vary seasonally. Admission is free. Fees charged for swimming, cabins, and certain other amenities. 336-593-8480 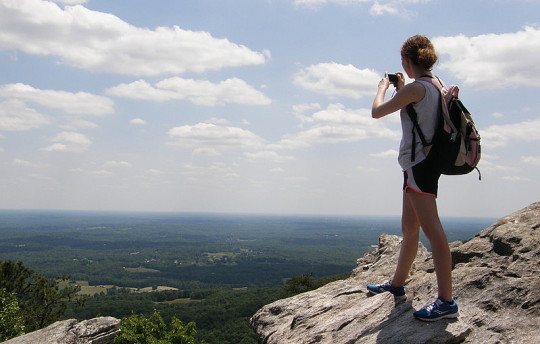 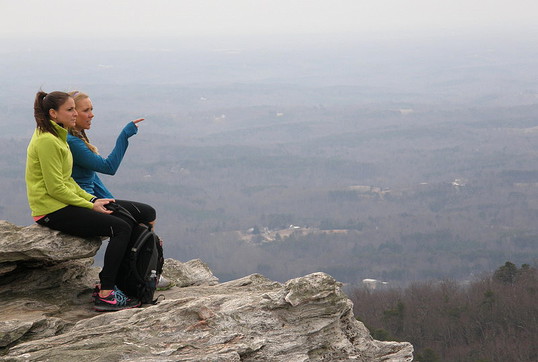