Scroll down this page or click on site name to view the feature on the following Person County attraction/point of interest: 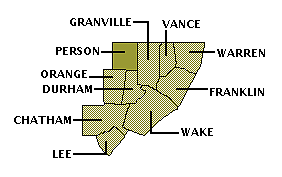 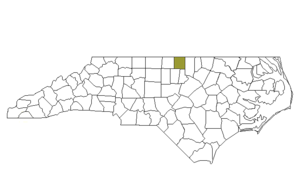 Created in 1791, the county was named for Thomas Person, an American general during the Revolutionary War.

The county seat is Roxboro, named after the town of Roxburgh, Scotland.  Other communities include Bethel Hill, Bushy Fork, Concord, Gordonton, and Mariah. 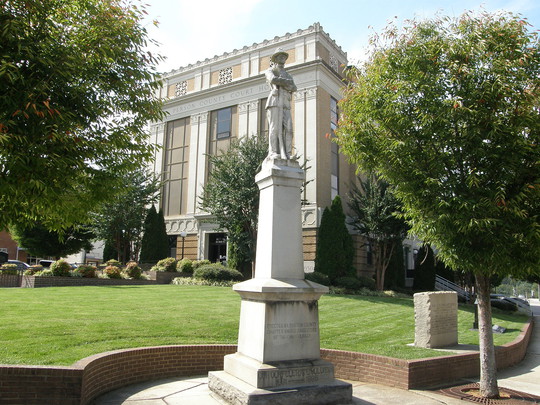 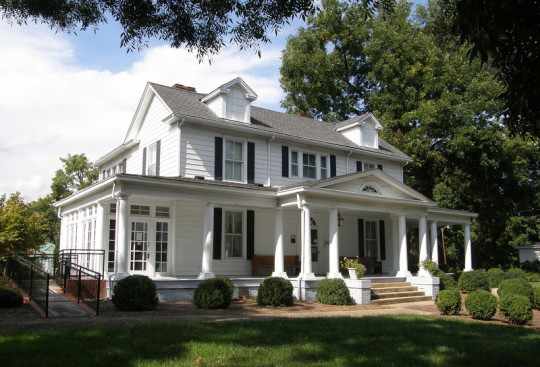 The Person County Museum in Roxboro offers visitors a look into the past and present of this rural North Carolina county. The residence of former NC Governor W. W. Kitchin now serves to welcome guests to the Person County Museum. A native of Scotland Neck, Kitchin was living in Roxboro when he won the Democratic Party’s gubernatorial nomination – on the 61stballot – in 1908. Once elected, Kitchin worked tirelessly for state improvements, and he is credited with having more legislative programs initiated during his term of office than any other governor before or since. The Museum’s spotlight also shines on James Anderson Long, called the “father” of Roxboro because of his successful efforts in getting the Norfolk and Western Railroad to come through town in the 1890s. His grandson, Richard Gwynn Long, also garners attention for the crucial role he played in helping to establish the statewide community college system in the mid-1950s.

Baseball enthusiasts will likely recall the name of Enos Slaughter, whose 9th inning “mad dash for home” in the deciding game of the 1946 World Series earned the St. Louis Cardinals a victory over the New York Yankees. Slaughter was inducted into the Baseball Hall of Fame in 1985 with a .300 career batting percentage and a .291 percentage in five World Series appearances. In addition to its exhibit on Slaughter, the Museum also has rooms devoted to American Indian history and black history. Statues honoring Captain E. Fletcher Satterfield and Robert Lester Blackwell grace the courthouse lawn, and the museum’s military history room tells you why. Mortally wounded during Pickett’s Charge, Satterfield made the deepest penetration into the Federal line along Cemetery Ridge, giving North Carolina claim to being “farthest at Gettysburg.” Blackwell was the first North Carolinian to receive – posthumously – the Congressional Medal of Honor for his sacrifice during the closing month of World War I.

Those familiar with the debate between North and South Carolina over the birthplace of Andrew Jackson might appreciate learning about a similar difference of opinion between Guilford and Person counties over the birthplace of Dolley Payne Madison. Although christened in a church near present-day Greensboro, Person County thinks it has evidence enough to support the argument that she was born at Payne’s Tavern, an establishment operated by relatives of Dolley’s mother. The tavern also served as the first courthouse after Person County was separated from Caswell County in 1791-92. 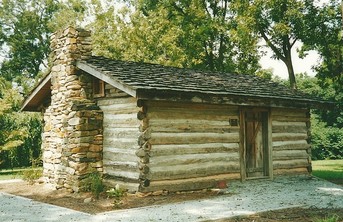 Several historic buildings have been moved to the property behind the Kitchin house, including a general store, doctor’s office, and tobacco barn. The most interesting, however, might be the one-room subscription school-house. Built in 1810, it is the oldest such structure in the state. About 20 students were enrolled during each school year, which ran from April through December and cost $5.00 per student. The school’s first teacher, William Whitfield, was only 12 years old himself when he assumed his duties! A list of rules governing students in 1848 reveals that corporal punishment applied to a wide variety of infractions: coming to school with a dirty face earned 2 lashes, fighting drew 5, “swaring” at school garnered 8, and playing cards or misbehaving to girls carried the maximum penalty of 10 lashes. No mention was made regarding the consequences of chewing gum or texting during class. The Museum is on North Main Street in Roxboro and is open 10-2 Tuesday through Saturday. Admission charged. Guided tours are given of six buildings and last about 75 minutes.  336-597-2884 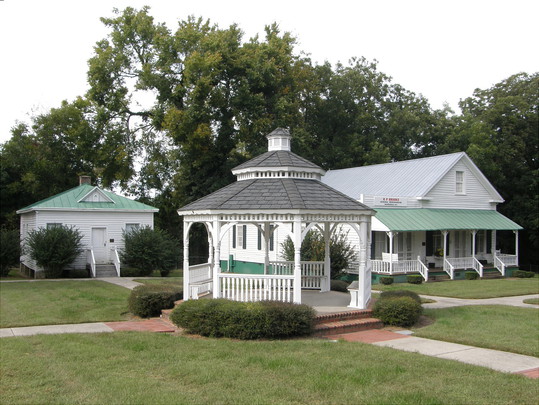