Scroll down this page or click on specific site name to view features on the following Yadkin County attractions/points of interest: 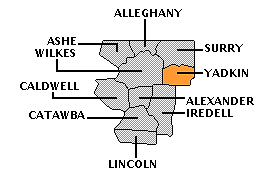 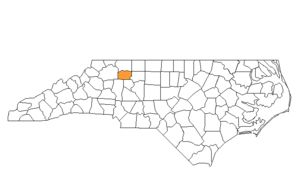 Created in 1850, the county was named after the Yadkin River.

The county seat is Yadkinville.  Other communities in Yadkin County include Arlington, Boonville, Courtney, East Bend, Forbush, Jonesville, and Smithtown. 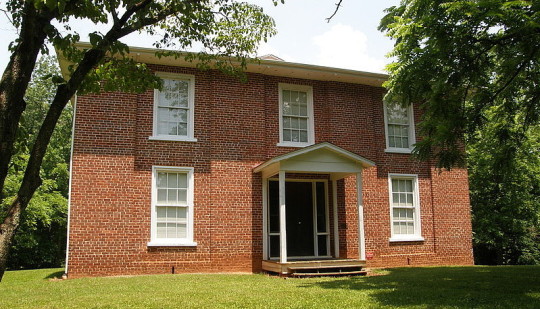 Richmond Hill is the restored family home of Richmond Mumford Pearson, who served on the North Carolina Supreme Court for 29 years, the last 20 as Chief Justice. Pearson moved from Davie to Yadkin County in 1848, shortly before the state legislature elected him to the Court. Pearson began conducting a law school in a small building which stood to the west of the family house; students lived in log cabins located nearby or boarded with area families.  It is thought that, over a period of nearly three decades, Pearson instructed more than 1,000 students, many of whom went on to have distinguished careers as lawyers and jurists.  Pearson was opposed to North Carolina’s succession and championed individual rights over the authority of the Confederate government during the Civil War, using the writ of habeas corpus to free men he believed had been illegally conscripted into the army.  Pearson was the only high-ranking state official to hold office during both the Civil War and Reconstruction. The high regard that the citizens of his state had for Judge Pearson might best be evidenced by the fact that, in 1868, he received the nomination of both the Republican and Deomocratic parties for election as Chief Justice.  Pearson presided over the impeachment trial of Governor William W. Holden, which resulted in the first removal of a state governor in United States history.  Pearson died while on his way to Raleigh to open the 1878 term of the Supreme Court.

The two-story brick house that was home to Pearson and his family was built circa 1860; the exterior displays elements of both Greek Revival and Tuscan architectural styles, while the interior features simple Greek Revival woodwork.  Restoration of the house was done by the Historic Richmond Hill Law School Commission.  Richmond Hill is listed on the National Register of Historic Places and is a stop on the North Carolina Civil War Trail.   The house is open for tours from 2-4 on the third Saturday of each month from April through October.  Admission is free. 336-699-3921 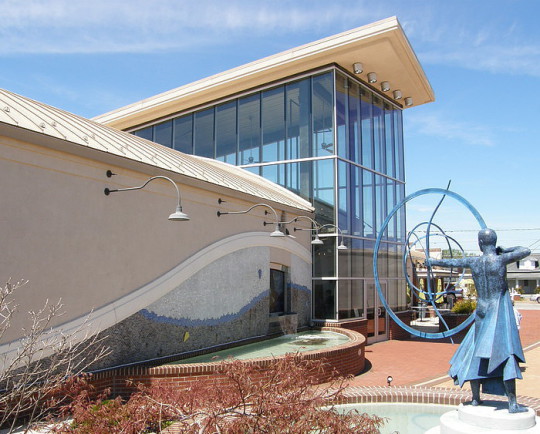 The Willingham Theater inside the Yadkin Cultural Arts Center is an intimate venue indeed, with seating for just under 200 patrons. Chosen for the theater’s grand opening in February, 2013, was The Old Timey Radio Show, an energetic review featuring the music styles associated with the northern Piedmont: Moravian brass, string band, gospel, blues, and jazz.   While this show gives a good indication that regional favorites will often be on the schedule, the theater’s programming will also include a broad variety of music, dance, and drama. Once a month, the theater has a Saturday afternoon screening of a cinema classic; regional art is on display in the halls; and the Third Branch Café inside the Center is open for breakfast and lunch Monday through Thursday. Music accompanies dinner at the Café on Friday nights, and on nights there are performances at the theater. 336-679-2941