Scroll down this page or click on specific site name to view features on the following Iredell County attractions/points of interest: 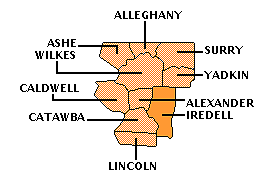 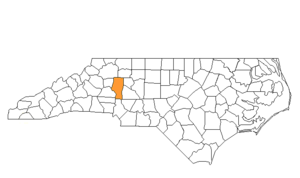 Created in 1788, the county is named for James Iredell, an ardent proponent of the Federal Constitution and one of the original justices of the Supreme Court of the United States.

The county seat is Statesville.  Other communities include Barnum Springs, Mooresville, and Troutman.

It is worth noting that, because of the number of NASCAR race teams located in close proximity, Mooresville has earned a reputation as “Race City USA.” 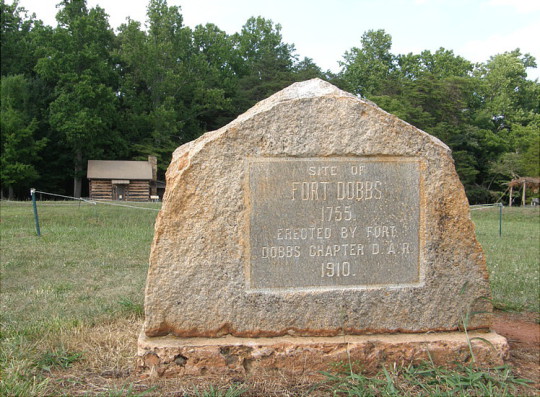 Fort Dobbs State Historic Site is one of only a very few places in the entire nation preserving land associated with the French and Indian War. Constructed in 1756, Fort Dobbs was the only fortified outpost along colonial North Carolina’s entire frontier. Captain Hugh Waddell and Royal Governor Arthur Dobbs, for whom the fort was named, chose the site of the stronghold in June, 1755, even though relations between the settlers and Indians at that time were still peaceful. The following year, the General Assembly appropriated 4,000 pounds for its construction. Shortly thereafter, the log fort, measuring some 40 feet in width, 50 feet in length, and 24 feet in height, was erected and garrisoned. From the time of its construction to the end of hostilities in 1761, the fort served its intended purpose, helping to protect the citizenry from Indian attack. On February 27, 1760, the fort withstood an attack by Cherokee warriors, with the brief battle resulting in injuries to three defenders and the death of one civilian; twelve of the attackers were killed or wounded. By 1766, the stronghold had outlived its usefulness and had fallen into disrepair. Even so, Fort Dobbs was still marked on North Carolina maps as late as 1775. 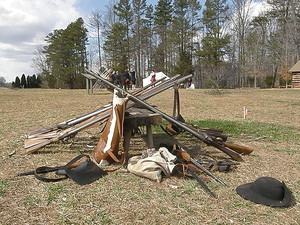 The original structure has been gone for more than 200 years, and only the foundation site is preserved. Plans are underway, however, for a full-scale replica of the fort to be built on the site, a project expected to be completed over the next few years. Even though the site, at present, is mostly open space, much has been done in recent years to enhance visitation. A small wooden building serves as a “temporary” visitor center, as it has for several decades. Inside, however, many improvements have been made, including an exhibit which examines three areas germane to the site: first, the relationship between settlers moving into the NC backcountry and the Indians already living here; second, the root causes of the French and Indian War and the larger, global conflict between England and France; and, third, the construction of Fort Dobbs itself, its use, and its impact. This exhibit is enhanced by a small sampling of artifacts, including representative edged weapons of the period and relics actually found on site. Also displayed is a 1/16th scale model of the fort. More than 40 years of research and investigation by historians and archaeologists resulted in the final plans for the planned reconstruction. The 7,800-square-foot structure will become the core site exhibit upon its completion, providing opportunities for a variety of engaging and dynamic programs. 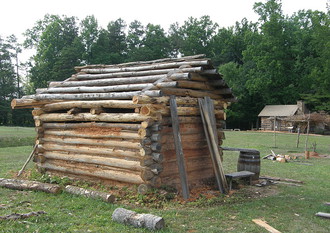 The area surrounding the foundation site comes to life during special event weekends and living history programs. One such event is April’s “War for Empire” program, recalling the spring of 1759, when the frontiers of Virginia and both Carolinas were embroiled in the Cherokee War. Hundreds of participants gather to demon-strate camp life, military drill, and colonial trade. A highlight of the weekend is a simulated Cherokee attack. October’s “Trade Faire” is similar in nature, with a variety of tradesmen, soldiers, and entertainers on hand, and featuring colonial dancing, games, musket firing, cooking demonstrations, and the like. Certain weekends from March through December, the site offers Living History programs, with historic interpreters portraying colonial settlers, provincial soldiers, and Cherokee Indians. Fort Dobbs is a couple of miles north of downtown Statesville. Take US 21 to Fort Dobbs Road. Hours are 10-5 Tuesday-Saturday.   Admission is free. 704-873-5882 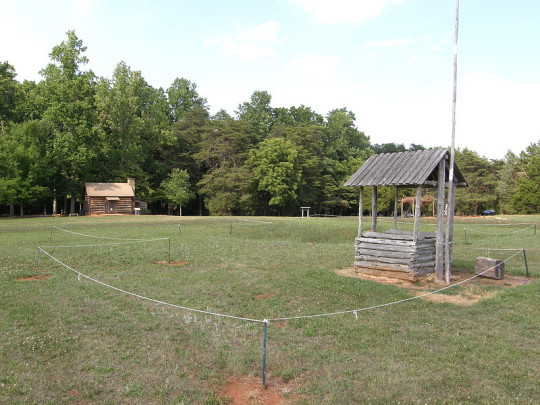 Iredell Museums operates three different sites.  The Gregory Creek Homestead is a collection of eight period buildings that help to portray life in the early days of Iredell County.  The site includes a one-room cabin, two-story log house, barn, blacksmith shop, and one-room schoolhouse.  The Homestead is open only for special heritage events held two or three times a year.  The Court Street Gallery in downtown Statesville displays rotating exhibits featuring historical artifacts from the Museum’s collection or works by guest artists.  The Gallery is open 10-5 Tuesday through Friday.  Admission is free.  704-873-4734 Kids@Play is a children’s discovery and play space.  Hours are 11-4 Tuesday through Friday and 10-3 Saturday.  Admission charged.  704-450-0756 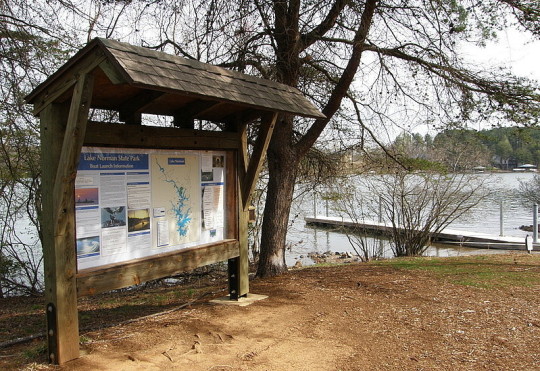 Lake Norman is the largest man-made lake in North Carolina, created between 1959 and 1964 when Duke Power Company built the Cowans Ford Dam across the Yadkin River.  With a surface area of more than 32,000 acres and 520 miles of shoreline, the lake has rightfully earned the nickname, “The Inland Sea.”  Lake Norman State Park, established in 1962 with 1,342 acres of land on the northeastern shore donated by Duke Power, contains 13 miles of shoreline.  Park amenities include a swimming area open daily from 10-5:45 April through October; camping; boating and fishing; hiking trails; and no less than three picnic areas with tables, grills, and rest rooms.  Setting Lake Norman apart from most other state parks is the 12.7 mile Itusi Trail, designed primarily for mountain biking.  The trail closes one-half hour before the regular park closing time and is closed whenever the trail is too wet from precipitation.  The park opens daily at 8 AM; closing hours vary seasonally.  Closed Christmas Day.  704-528-6350 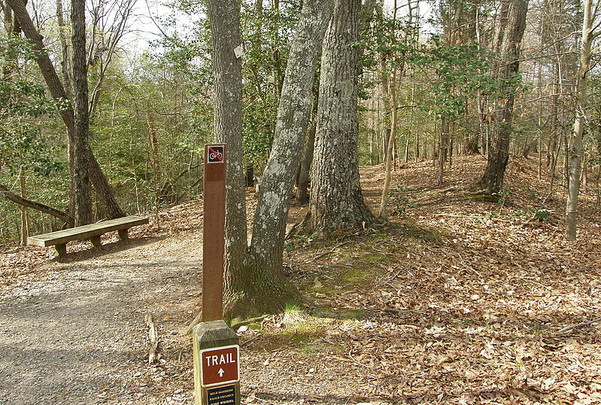 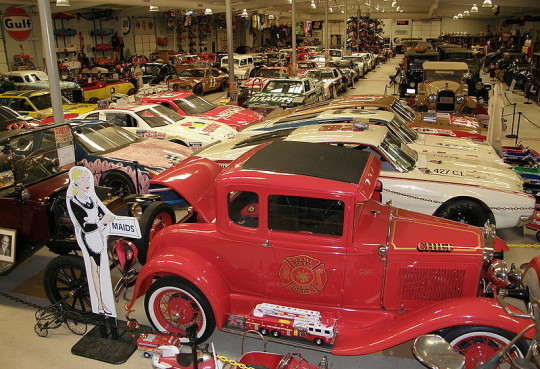 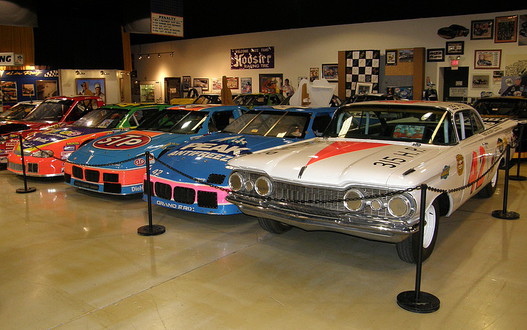 The North Carolina Auto Racing Hall of Fame is located at Lakeside Park, off Interstate 77 in Mooresville.  The facility serves as the official visitor center for the town, which proudly proclaims itself “Race City, USA” because of the large number of race shops in and around Mooresville.  A guide map to the shops is available at the center.  The Hall of Fame itself showcases approximately three dozen cars from a range of time periods and from all types of auto racing; specific cars are rotated often in order to recognize as much of the state’s racing heritage as possible.  Highlights from some of racing’s greatest moments are shown in the Goodyear Mini-Theater.  Hours are 10-5 Monday through Friday and 10-3 Saturday.  Admission charged.  704-663-5331 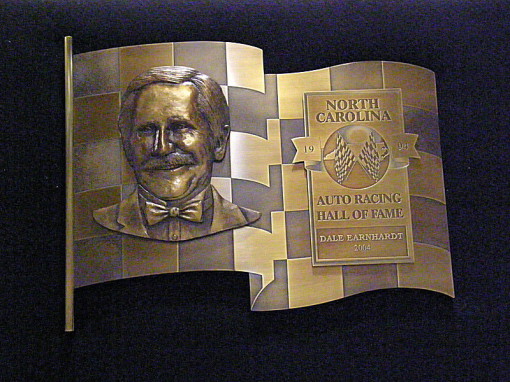 Zootastic Park of Lake Norman is located on a 40-acre tract of land in Troutman.  The facility is home to a variety of exotic animals, ranging from antelope, zebras, and bison to tigers, red kangaroos, and camels.  The park’s “western town” features reptiles, snakes, raccoons, skunks, and other assorted critters.  Wagon rides, available at a small additional charge, take visitors through the plains area of the park, where zebra, bison, black buck, and wildebeest roam.  There’s also a Barnyard Petting Zoo with horses, cows, pigs, and goats; several picnic areas; and a playground.  Hours are 9-5 Monday through Saturday and 10-5 Sunday from April 18 through November 2.  Pre-season runs from March 1 through April 17, during which dates the park is open on Saturdays and Sundays only.  Admission charged.  704-245-6446