Scroll down this page or click on specific site name to view features the following Cabarrus County attractions/points of interest: 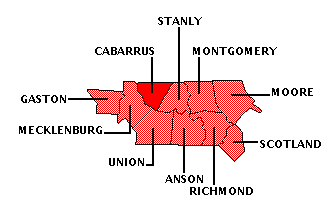 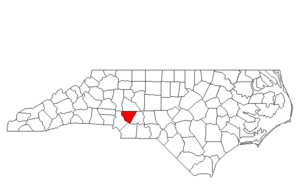 Created in 1792, the county is named for Stephen Cabarrus, a member of the legislature and Speaker of the NC House of Commons.

It is worth noting that the first documented discovery of gold in the United States occurred in Cabarrus County in 1799. 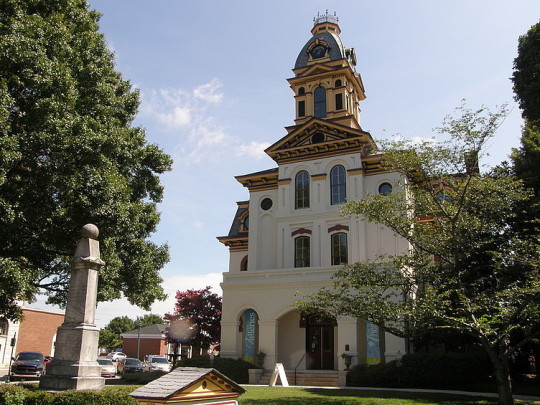 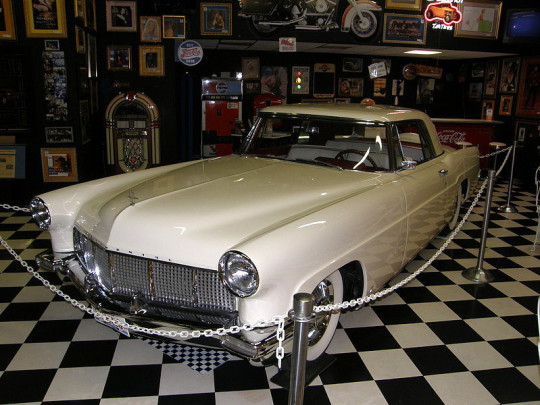 Backing Up Classics Museum has been attracting automobile aficionados since 1988.  The 18,000-square-foot facility, located adjacent to the Charlotte Motor Speedway, displays more than fifty cars at any given time, along with all manner of memorabilia.  Most of the autos exhibited are available for purchase, so the specific cars displayed naturally changes from time to time.  Although the Museum has a token number of race cars on exhibit– the most-recognizable might be Fred Lorensen’s 1963 Ford Galaxie – most vehicles are street models.  Among the vintage automobiles currently displayed are a 1922 Studebaker touring car and a 1924 Cadillac V-63 Phaeton.  Classics from the 1950s and 1960s include a 1951 Ford Country Squire station wagon (affectionately known as a “Woody”), a ’57 fire engine red Chevy Bel-Air, a Chevy Corvette from the same year, and a 1960 Pontiac Bonneville. Admission charged.  Open daily.  704-788-9500 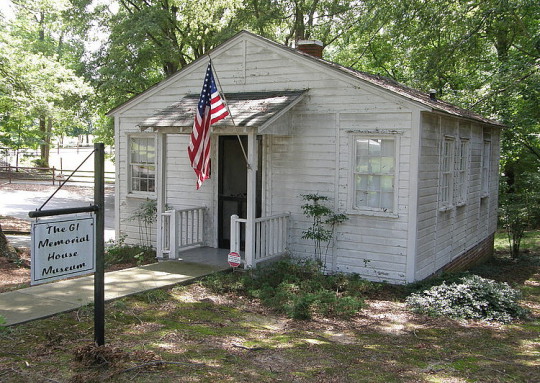 The GI Memorial House in Kannapolis wasn’t “government issued,” but “company issued.” Charles Cannon of the Cannon Mill Company addressed the housing shortage faced by veterans returning from World War II by purchasing 100 pre-fabricated houses for the soldiers and their families working at the mill.  The uniform, utilitarian houses cost $750, measured 20 by 24 feet, had four rooms plus bath, and were each built in one day.  The rapidly-built neighborhood soon became known to locals as "GI Town."  Since Memorial Day, 1993, the last remaining unchanged house has been preserved as a memorial to honor the men and women who served in all wars.  The Museum displays period furnishings and the ordinary household items from the period 1945-50 that made the house a home for the GI and his family.  Some of that era's latest technologies must look strange indeed to today's children, such as the Zenith radio, the Brownie camera, and the rotory telephone.  War artifacts not kept on the premises but brought it for viewing only during Museum hours include a Springfield rifle, a Colt .45 revolver, and other weapons; numerous personal items used by American soldiers and sailors; and miscellaneous German and Japanese relics. Tours are given from 2-5 on the first Sunday of each month from June through October; appropriately, the house is open on Memorial Day as well.  Admission is free.  704-933-0027 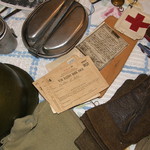 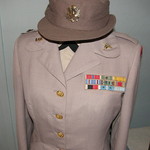 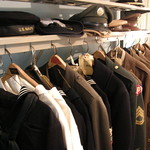 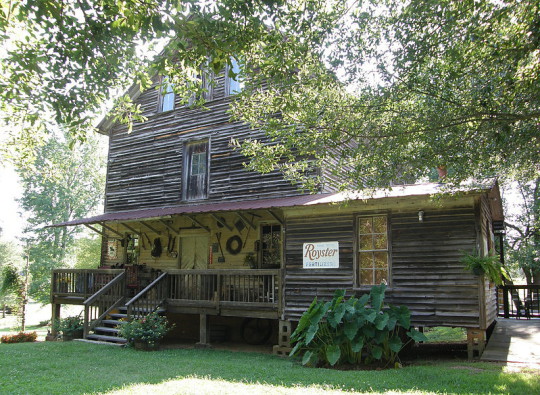 Listed on the National Register of Historic Places, the early 19th-century Bost Grist Mill along NC highway 200 is still in operation.  Its owners use the same stones and the same tried-and-true milling techniques today as were used years ago to produce flour, cornmeal, and grits for their 21st-century customers.  For roughly two centuries, the mill has served the local Rocky River community as both marketplace and meeting place.  The historic mill is open from 1-5 on Sundays from June through October; special events are also scheduled.  704-782-1600 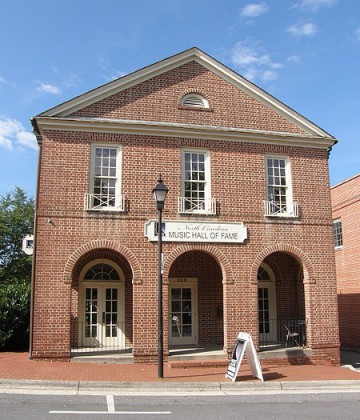 Tar Heel inductees in the North Carolina Music Hall of Fame include singers, songwriters, musicians, and producers who made names for themselves in many different musical genres.  As it happens, the Hall is located in the former Kannapolis City Jail, so in addition to doing jailhouse “rock," the cell block does jazz, country, bluegrass, gospel, Carolina beach, and other variants equally well.  The Hall honors individuals and groups with strong ties to the Old North State and provides interactive exhibits show-casing all musical genres with roots in North Carolina.  Rotating displays feature items of interest kindly donated by the inductees themselves – instruments, outfits worn on stage, sheet music, and the like.  Visitors with smart phones can hear selected music by each artist.  More than fifty individuals and groups have already been enshrined, including such diverse talents as Kay Kyser, Loonis McGlohan, Charlie Daniels, Randy Travis, Earl Scruggs, Don Gibson, Andy Griffith, Arthur Smith, Ben E. King, Clyde McPhatter, James Taylor, Doc Watson, Thelonious Monk, John Coltrane, Maurice Williams, and the Chairmen of the Board.  Alicia Bridges, Del Reeves, and the Catalinas are among those who will be inducted into the Hall on October 17, 2013.  Admission to the Hall is free.  Hours are 10-12 and 2-4 Monday through Friday.  704-934-2320 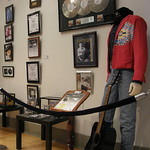 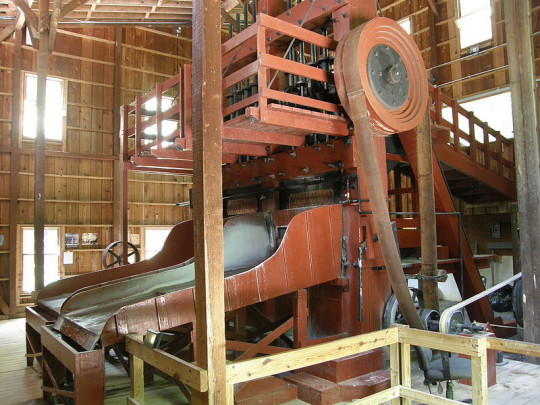 Located in rural Cabarrus County is the famous Reed Gold Mine, a rugged reminder of days long past, when there truly was “gold in them thar hills” and North Carolina was called “The Gold State” for good reason. Visitors to this state historic site can tour the mine itself, see the equipment used over the years in mining operations, view rare coins actually minted at the Charlotte Mint – long before it was converted into an art museum – and even try their luck at panning for the treasured metal. 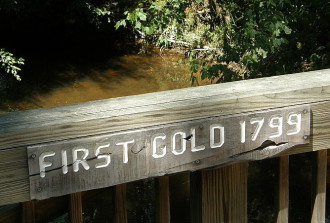 The Tar Heel State claims the distinction of being the site of the first documented discovery of gold in the United States.   An amusing story of how the gold was found comes from family members about 50 years after the fact.  One sun-splashed Sunday in the spring of 1799, Conrad, the 12-year-old son of German immigrant John Reed, went fishing at Little Meadow Creek on his father’s farm.  Whether Conrad caught any fish that day is unrecorded; what we do know is that he was attracted by “a yellow substance shining in the water.”  The young boy removed the wedge-shaped yellow rock from the creek and carried it home.  No one in the family knew what the strange stone was, but, weighing roughly 17 pounds, it made for an interesting and highly functional doorstop!  Three years passed before a jeweler in Fayetteville, on the occasion of John Reed’s annual visit to that town for supplies, was able to identify the metal which permeated the rock as gold.  The jeweler asked Reed to name his price for the nugget; having no idea of the metal’s real value, the farmer agreed to sell the gold nugget for $3.50.  This sum, modest though it was, nevertheless represented the equivalent of an entire week’s wages on the farm.  The jeweler happily made the deal, and shortly thereafter sold the gold for about a thousand times what he had paid. 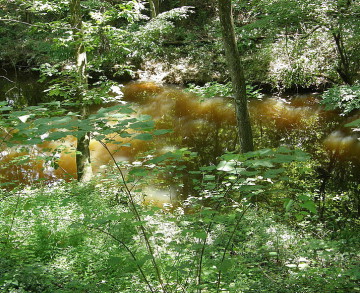 Future discoveries of gold on the Reed farm were more profitable for its owner.  Reed went into partnership with his brother-in-law Frederick Kiser, landowner Martin Phifer, Jr., and Reverend James Love.  With the help of two slaves, the four men initially looked for gold only when other farm activities were done.  Still, their part-time efforts were lucrative, garnering more than $100,000 over the next 20 years.  The largest single find came early, when a slave named Peter unearthed a 28-pound nugget worth more than $6,600.  Eventually, creek or “placer” mining gave way to the more sophisticated, time-consuming, and costly underground mining.  The first underground mining on the Reed farm began in 1831, nearly 30 years after Reed first realized there was gold on his property.

Guests to the visitor center museum will see exhibits detailing the various types of mining done across the region, timelines, and actual artifacts from the mining process.  Gold coins minted locally are also displayed, including some minted by Christopher Bechtler, who produced the first gold coins ever made in the United States.  A 22-minute film entitled “All that Glitters” documents the story of Conrad Reed’s amazing discovery and the resulting gold rush.  A guided tour through the mine itself – especially pleasant on a hot summer day – highlights the visit, unless, of course, some lucky adventurer who tries his hand at panning for gold is successful.  Finding a flake or two of the precious metal – which happens often – is sure to result in a smile!  If you lack experience at panning, don’t worry – staff members are happy to give pointers on how to sift through the silt.  A self-guided tour of the grounds will take you past other artifacts associated with mining, including a Kibble used to lowering and raising men and equipment into the mine, a stamp mill relocated from an abandoned operation in Montgomery County, and the remains of the 1854 enginehouse/millhouse.  Reed Gold Mine is open 10-5 Tuesday-Saturday.  Admission is free.  A nominal fee is charged for panning. 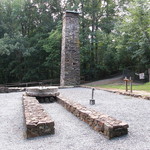 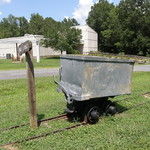 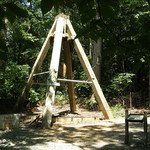