Scroll down this page or click on the specific site name to view features on the following Perquimans County attractions/points of interest: 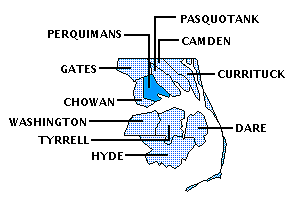 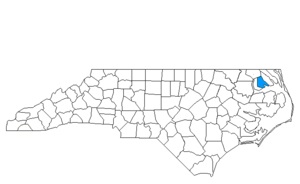 Created in 1668, the county is named for the Native American tribe.

The county seat is Hertford, named after the town of Hertford, England.  Other communities include Belvidere, Durants Neck, Snug Harbor, and Winfall.

It is worth noting that the bridge crossing the Perquimans River between Hertford and Winfall is the only S-shaped swing bridge in the country.

Below:  A marker in Hertford commemorates the site where the first recorded religious service in the colony of Carolina was held. 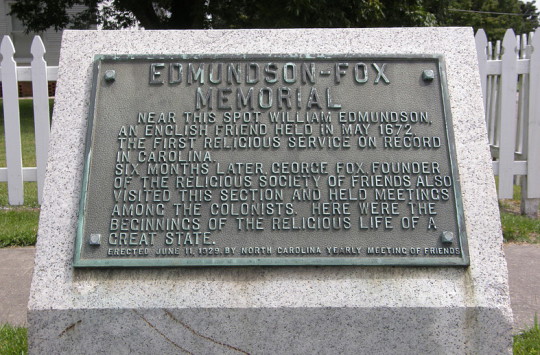 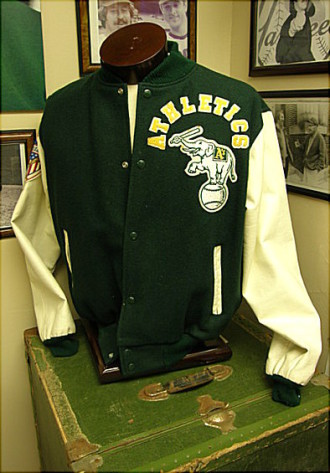 Jim "Catfish" Hunter last took the mound a quarter-century ago, but the all-star pitcher is still one of the most recognized names in Major League Baseball, and deservedly so.  The Perquimans County native, born in Hertford on April 8, 1946, drew lots of attention from pro baseball scouts during his high school days.  A gunshot wound to his right foot resulting from a hunting accident jeopardized the youth’s promising professional career, but Kansas City A’s owner Charles Finley took a chance on Hunter anyway and signed him to a contract.  After receiving treatment on his foot, Hunter reported to team and soon thereafter received something else – a nickname!  Finley came up with “Catfish” after finding out from Hunter’s family that Jim enjoyed eating catfish as a child.  Although Hunter never cared for the made-up moniker, “Catfish” certainly caught on with the fans.  Ask about James Augustus Hunter, and people might respond with a puzzled look; mention “Catfish” Hunter, however, and the response would be altogether different.

Hunter was inducted into the Baseball Hall of Fame in Cooperstown in 1987, and there’s no questioning his credentials.  After three so-so years in Kansas City and a cumulative record of 30-36, Hunter moved with the team to Oakland, California.  In his first three years on the west coast, Hunter’s overall record was still a less-than-stellar 43-42, but he had, at least, made a name for himself.  On May 8, 1968, the first year that the A’s played in Oakland, Hunter pitched a no-hitter, the first American Leaguer to do so during the regular season since 1922 – a stretch of 46 years!  Happy though he was to have pitched a rare perfect game, he was equally excited about his contributions at the plate during that same game – three hits, including a double, in four plate appearances, driving in three runs. 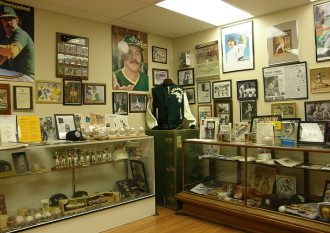 Hunter finally became a force to be reckoned with in 1971, notch-ing 21 wins against 11 losses.  In 1972, he went 21-7, and in 1973, 21-5.  “Catfish” helped the Oakland A’s win three con-secutive World Series champ-ionships in 1972, 1973, and 1974, and his performance in 1974 (25 wins, 23 complete games, 6 shut-outs, and an ERA of 2.49) earned him that year’s Cy Young award.  A contract dispute during this same season, however, ended Hunter’s career in Oakland.  Sought after by virtually every other major league team, “Catfish” ultimately signed with the New York Yankees.  The $3.5 million deal made Hunter baseball’s first multi-million-dollar player.  In his first year wearing pinstripes, Hunter won 23 games, his fifth consecutive season with more than 20 wins.  “Catfish” helped the Yankees play their way into three consecutive World Series in 1976, 1977, and 1978 and was the winning pitcher in the sixth and deciding game of the 1978 World Series.  “Catfish” ended his 15-year pro career in 1979 and retired to his hometown.  Sadly, Hunter was diagnosed with ALS in 1988 and succumbed to the disease in September, 1999.

Hunter never let his accomplishments on the baseball field go to his head, remaining the friendly, open, and unpretentious individual he had always been while growing up in Hertford.  The Museum showcases a lot of memorabilia from throughout Hunter’s career, including many items that would be worthy of inclusion at Cooperstown.  At the same time, it also presents Hunter as an individual well-liked and well-remembered by his community.  As Museum director Sidney Eley put it, “Hunter was an ace pitcher, but he was also an ace of a human being.”  A memorial honoring Jim Hunter stands on the grounds of the Perquimans County courthouse. The Museum occupies a separate room inside the Perquimans County Chamber of Commerce and Visitor Center.  Hours are 9:30-4:30 Monday through Friday.  Admission is free.  252-426-5657 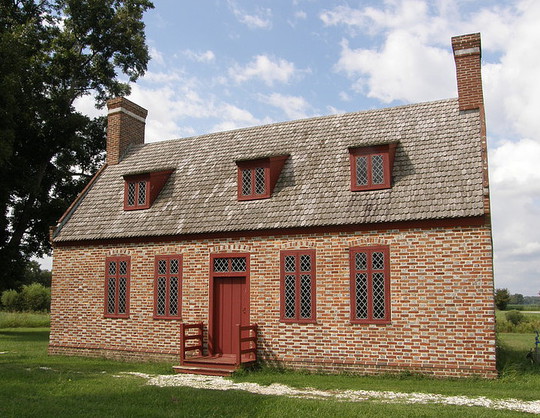 The Newbold-White House, tucked away in the “Cradle of North Carolina” near Hertford, provides interesting and informative looks at the early history of the “Old North State.” Since region to the north of the Albemarle Sound was the first area of North Carolina to be settled, it should come as no surprise that what is believed to be the oldest surviving house in the state is found here. Abraham Sanders built the two-story brick house circa 1730. The exterior appearance of the structure is reminiscent of medieval English homes and exhibits Flemish bond brickwork; the interior follows a traditional hall-and-parlor floor plan, with a winding stairway leading to two bedrooms above. Closets formed on either side of the interior fireplaces and chimneys are distinctive features of the house. The home is furnished with typical period pieces, the most notable being an intricately carved ebony cabinet in the hall. 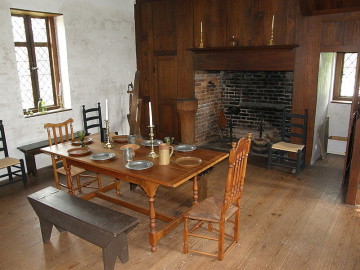 Used as a residence until the 1960s, the house was acquired by a non-profit association in 1973. Res-toration began in 1975, and the house was opened to the public in 1981. A project currently underway is the construction of a shallow-draft boat called a “peri-auger.” Vessels of this type, 30 feet long with two masts roughly 18 feet in height, were commonplace among the Albemarle settlers, who used them to transport goods by inland waterways.   Sanders owned such a  periauger,  and a canal was built to connect his prop- 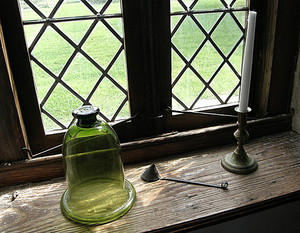 erty to the nearby Perquimans River.  In recent years, a replica periauger has become an integral part of the site's interpretive program.  The Newbold-White House is open seasonally, March through November; hours are 10-4:30 Tuesday through Saturday and 2-5 Sunday. An admission fee is charged for a guided tour of the house and gardens.   The modern visitor center includes a small museum and gift shop and shows a ten-minute film entitled “Window to the Past” narrated by former UNC president Dr. William Friday.   252-426-7567 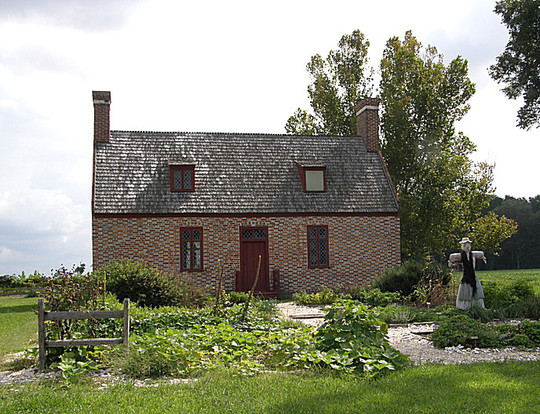 Perquimans County is bordered by CHOWAN, GATES, and PASQUOTANK counties.