Scroll down this page or click on specific site name to view features on the following Camden County attractions/points of interest: 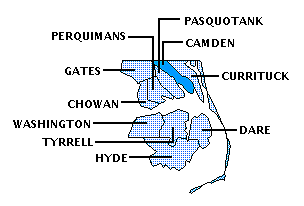 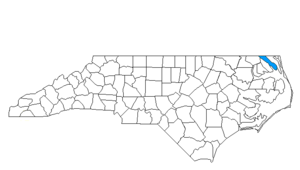 Created in 1777, the county is named for Charles Pratt, first Earl of Camden, who opposed the taxation of American colonies.

The county seat is Camden.  Other communities include Belcross, Shiloh, and South Mills.

Below:  The Camden County Courthouse 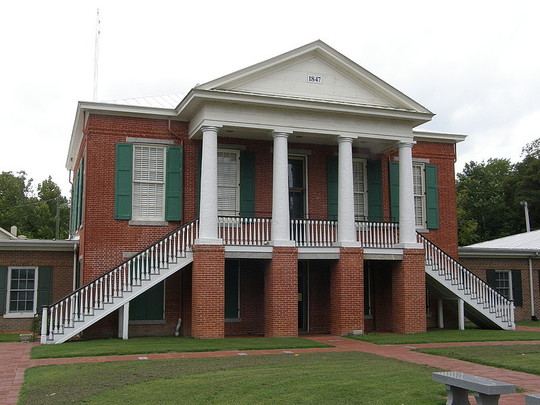 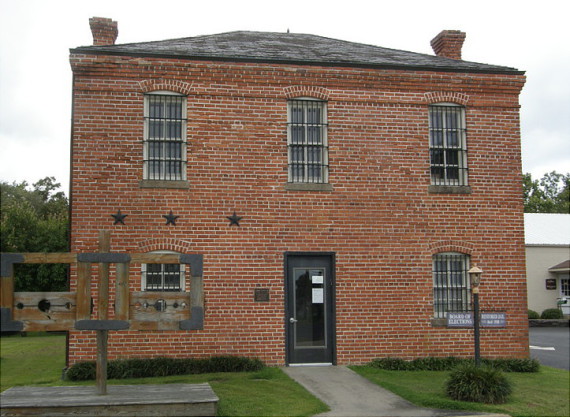 The Camden County Jail & Museum is an example of an ongoing trend across the state -- converting former places of incarceration into local museums -- a captivating idea, to be sure.  The sturdy-looking, two-story red brick building that served as the Camden County jail was built over a span of only six days in 1910 for the modest price of $250.00. It was constructed by Stewart Jail Works of Cincinnati, Ohio, a company responsible for building some of the most famous and most formidable prisons in the nation: Leavenworth, Kansas, for one example, and Alcatraz, California, for another. Add Camden County, North Carolina to the list. Scary places, indeed, for ne’er-do-wells!

As originally constructed, there were two cells on the ground floor for female prisoners, four cells around a central “bullpen” upstairs. Each cell could hold as many as four inmates. The second floor privy was anything but private – it was positioned in the bullpen and open on all sides. Area residents were paid to provide meals for the prisoners. The jail was used for temporary incarcerations until the 1940s, after which it fell into disuse and disrepair. A restoration in 1986 resulted in space for public offices downstairs and a museum on the second floor. Within this limited space are numerous displays focusing on the early American Indians who first inhabited the region; the Albemarle area’s colonial period; the Civil War in and around Camden; and the histories of the local communities. Camden County has three unincorporated townships: South Mills in the north, Camden Courthouse in the center, and Shiloh to the south. 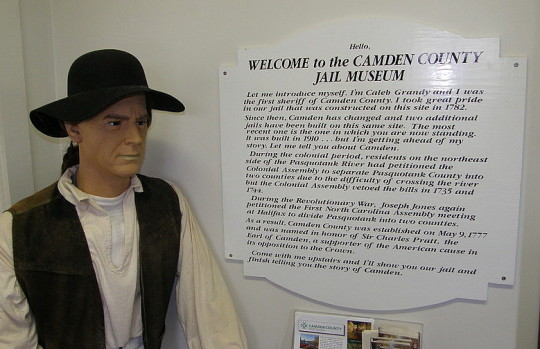 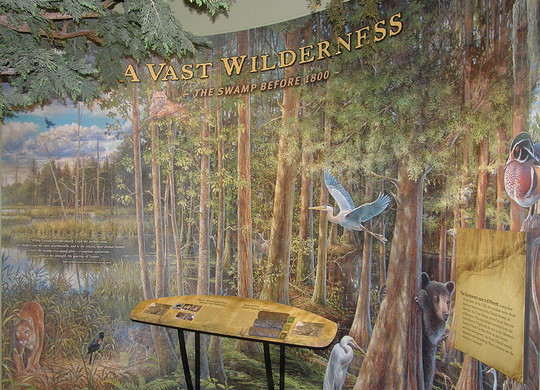 Dismal Swamp State Park sounds like a place to be avoided, rather than one to visit by choice. Upon investigation, however, one finds that the Dismal can actually be an interesting place to spend time, which is exactly why a state park was created.  A modern visitor center welcomes guests to the park, which encompasses only a small portion of the Great Dismal Swamp that covers thousands of acres in southeastern Virginia and northeastern North Carolina.  The famous Dismal Swamp Canal, which opened in 1805, is the oldest continuously-operated man-made canal in the country.  It was of tremendous economic importance to the region, especially in the days before railroads were built, and is now a part of the Intra-Coastal Waterway.  The Canal’s role in the Underground Railroad gives the place historic significance. The wetland habitats provided by the swamp give it huge ecological importance.  For today’s casual visitor, however, it is simply a place of peaceful repose and unusual beauty – the very antithesis of “dismal.”  Park guests can take advantage of 18 miles of hiking and biking trails along former logging roads, or they can paddle the quiet waters of the canal itself in kayaks or canoes.  The park has bike, kayak, and canoe rentals available for those who don’t bring their own.  Rangers also hold regularly-scheduled interpretive programs about the Great Dismal.  Open daily except Christmas Day, the park opens at 8 AM year-round; closing hours vary seasonally.  252-771-6593 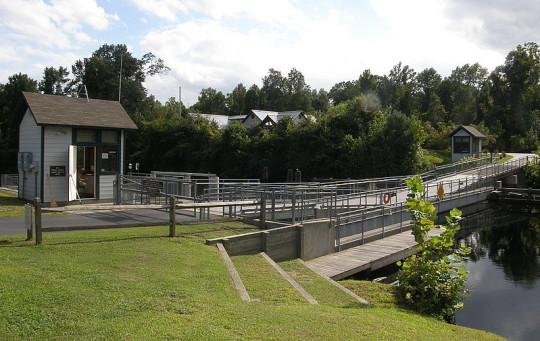 Camden County is bordered by CURRITUCK, GATES, and PASQUOTANK counties.