Scroll down this page or click on the site name to view the feature on the following Montgomery County attraction/point of interest: 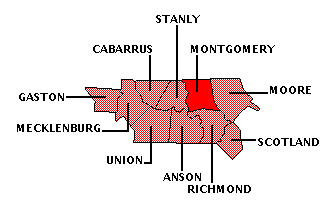 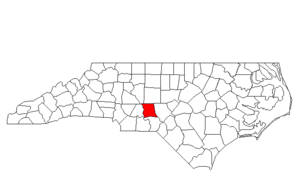 Created in 1779, the county is named for General Richard Montgomery, killed during the Revolutionary War at the Battle of Quebec.

The county seat is Troy, likely named after the ancient city once located in present-day Turkey.  Other communities include Biscoe, Eldorado, Ether, Mount Gilead, Star, Steeds, Uwharrie, and Wadeville.

It is worth noting that the town of Star is very near the geographic center of North Carolina. 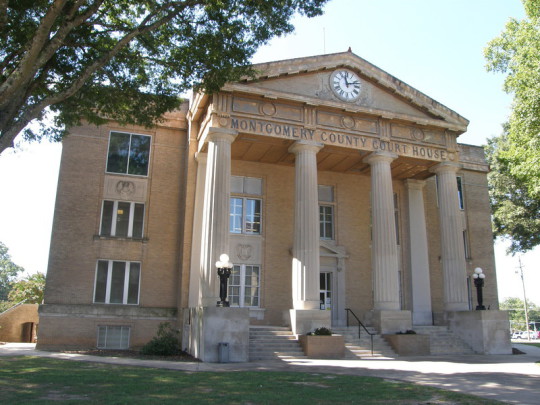 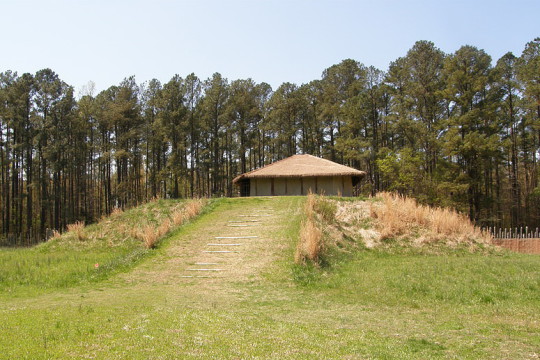 Town Creek Indian Mound State Historic Site transports visitors across more than eight centuries in time, to a small remnant of the Pee Dee Indian culture which flourished in the south central section of North Carolina Piedmont around 1200 AD. Town Creek is the oldest historic site in the state with regard to the time period it reflects, was the first location in North Carolina to be officially designated a state historic site, and is the only one dedicated to American Indian heritage.  The Pee Dee culture was a branch of the South Appalachian Mississipian tradition that extended into what is today south-central North Carolina. These Indians had adapted a sedentary lifestyle, one in which agriculture played a key role. A reconstructed stockade surrounds what was once the ceremonial center for the Pee Dee Indians who lived in small villages nearby. 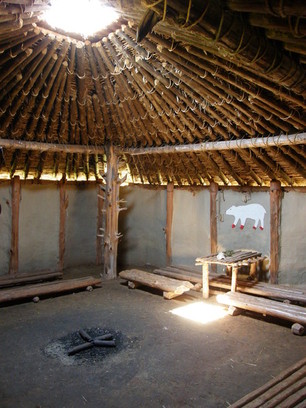 The ceremonial center, situated on a bluff near the junction of Town Creek and Little River, was a collective meeting place for the numerous villages spread out along the Pee Dee River valley.  The original stockade encompassed an area of about 350 feet in both length and width, was built of sharpened logs bound together with cane and mortised with clay and straw, and had two watchtower entrances on opposite sides to provide guarded access.  Although only priests were allowed to live within the ceremonial compound, the center was a beehive of activity during clan meetings, athletic events, and religious observances.  The reconstructed major temple dominates the compound today, as did the original when first erected more than 700 years ago.   Festivals such as the “busk,” which celebrated the time of the new harvest, were held in the temple.  The square ground, occupying the area immediately in front of the major temple, was the stage for political meetings and for discussing tribal concerns.  Adjacent to the square is the athletic field where fierce competitions between skilled warriors from neighboring villages were held. 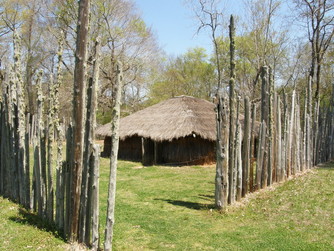 A reconstructed minor temple, where the priests lived, stands opposite the major temple and is sectioned off from the rest of the compound by a small stockade. A typical burial hut has also been rebuilt.   A dozen or more such huts would have been scattered throughout the compound when it was active. Inside the reconstructed mortuary is a diorama depicting the burial of a young girl from the Deer Clan. The visitor center features a number of artifacts uncovered at the site and an exhibit documenting the excavation and reconstruction of the stockade, temples, and burial hut. A brief slide program tells visitors about the Woodland and Pee Dee cultures that lived here hundreds of years before the first European settlers arrived.

Archeological activities still take place at the site, sometimes resulting in exciting new discoveries. In June, 2009, for example, the first field work in more than two decades unearthed a so-called “Clovis point” stone tip, providing evidence that the site was inhabited by Indians nearly 3,000 years earlier than had previously been thought.  Town Creek is open 9-5 Tuesday through Saturday. Admission is free. Tours of the ceremonial center are self-guided. Picnic facilities are available. 910-439-6802 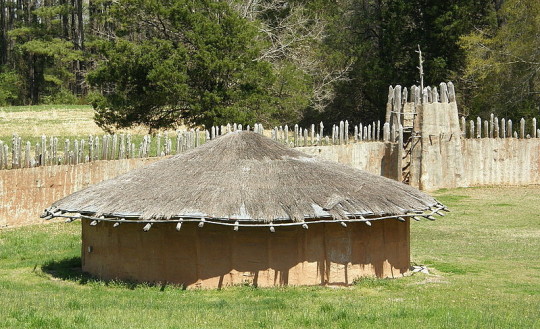