Scroll down this page or click on specific site name to view features on the following Union County attractions/points of interest: 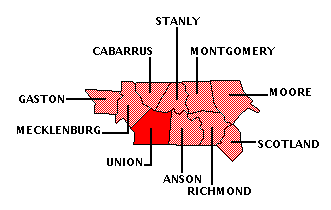 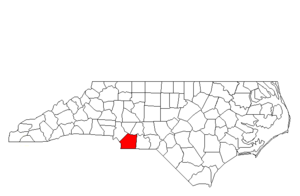 The county seat is Monroe, named for US President James Monroe.  Other communities include Indian Trail, Stallings, Unionville, Waxhaw, Weddington, and Wingate.

It is worth noting that future US president Andrew Jackson was born in the Waxhaw area, but  it is uncertain whether he was born north or south of the state line; both North Carolina and South Carolina claim Jackson as a native son. 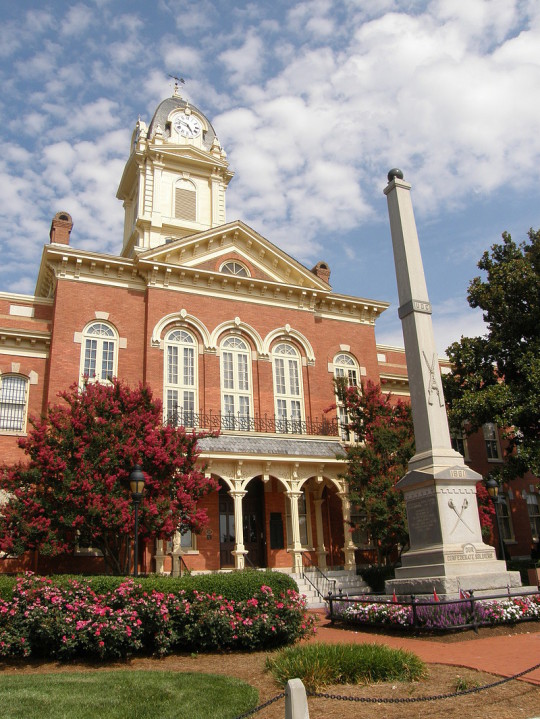 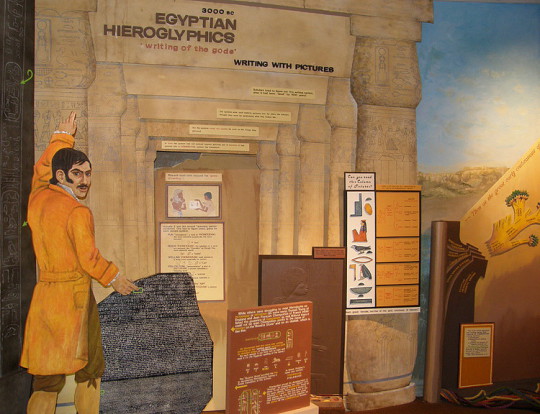 Waxhaw may seem a strange place for a museum focusing on the development of written languages used around the globe, and an even stranger location for a museum dedicated to Mexican president Lazaro Cardenas. Strange, that is, until visitors learn about the work of William Cameron Townsend, the Summer Institute of Linguistics, and JAARS. There are over 6,000 different languages worldwide. Remarkable as this statistic is, even more remarkable is the fact that less than half of them are written languages. The Museum of the Alphabet is the result of the life-long efforts of William Cameron Townsend to make the gospel of Jesus Christ accessible to as many people as possible by translating the Bible into different languages. This desire led to the founding of Wycliffe Bible Translators and the establishment of the Summer Institute of Linguistics (SIL) and JAARS, SIL’s technical support arm. The decades-long study of languages around the globe also inspired Townsend to propose a museum that would focus on “the gift of written language,” the fundamental building block of civilizations around the world.   A logical site for the location of such a museum was across the street from the JAARS Center.

The compact museum presents the development of written languages in chronological order. An audio tape played through overhead speakers directs visitors from one exhibit chamber to another. As they trace the trunks, limbs, and branches of the “Alphabet Tree,” visitors will learn that Aramaic-based languages are entirely cursive and read right to left. By comparison, western languages, founded upon Greek, read left to right. The Greeks also added vowels to the alphabet; the Romans standardized capital letters. Space is devoted to languages of all continents, so visitors will learn about Indic alphabets, African scripts, Chinese symbols, and the languages of North and South American natives. Sign language and Braille are also examined. Such a crash course in worldwide languages might sound a bit dull, but the displays are so colorful and imaginative that the visit is as entertaining as it is educational. Lots of interactive exercises, such as spelling words using hieroglyphics, will help younger visitors stay interested. The taped tour of the Alphabet Museum lasts one hour but does not allow time for visitors to engage in any of the interactive exercises. Allow yourself extra time to revisit some of the exhibit chambers at a more leisurely pace.

Next to the Alphabet Museum is the smaller Mexico-Cardenas Museum. This is dedicated to Lazaro Cardenas, President of Mexico from 1934-1940. Cardenas strongly supported Townsend’s efforts to put into written form Mexico’s many tribal tongues. The centerpiece of the Museum is the Chevrolet sedan given to Townsend by President Cardenas.   In this vehicle, Townsend traveled over 300,000 miles in Mexico and the U. S., promoting good will between the neighboring nations. The two museum buildings are located side-by-side on Davis Road, about five miles southwest of Waxhaw. From Waxhaw, take NC 75 East. At the fork in the road, bear right onto Old Waxhaw-Monroe Road. Go 1.8 miles and turn right onto Providence Road. Go .4 miles and turn right on Davis Road.   Go 2.8 miles – the museums are on the left, across the street from the JAARS Center. Hours for both museums are 9-12 and 1-3:30 Monday-Saturday. Closed Sundays and holidays. Admission is free; donations accepted.  704-843-6066

MUSEUM OF THE ALPHABET 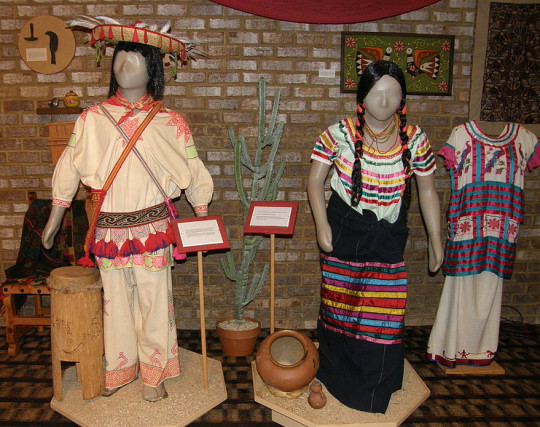 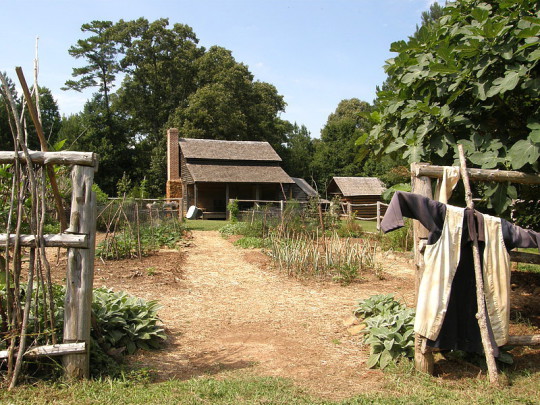 Informative exhibits and a surprising number of artifacts enable the Museum of the Waxhaws to relate the history of the Waxhaw region and its most famous native son, Andrew Jackson. A brief slide show offers a good introduction to the Museum, providing a succinct overview of the region’s history from 1550 to 1900. The main gallery has exhibits laid out in chronological order moving clockwise around the room, beginning with a look at the Waxhaw Indians, the region’s first inhabitants. Their first contact with Europeans came in 1566 when Spanish explorer Juan Pardo visited the region. As early as the 1640s, Virginia traders were bartering with the natives, and famed naturalist John Lawson visited the Waxhaws in 1701. At that time, the tribe numbered about 2,000, but over the next twenty years, disease and warfare severely depleted the population, eventually forcing the survivors to merge with other tribes.

In the mid-1700s, Scots-Irish immigrants began migrating to the area, following what became known as the “Great Wagon Road.” Among these settlers were Andrew Jackson, Sr. and his wife Elizabeth. Jackson suffered a fatal accident just prior to the birth of his third son, Andrew, Jr. Elizabeth Jackson’s sisters also lived in the Waxhaw settlement, and she spent time with each of them following the burial of her husband. Jane Crawford lived in South Carolina with her husband James; Margaret McCamie lived in North Carolina with her husband George. No one knows for certain which sister Elizabeth was visiting at the time Andrew, Jr. was born. As an adult, Jackson once stated he had been born in South Carolina, but his reasons for saying so may have been politically motivated. Supporting North Carolina’s claim to the nation’s seventh president are the recollections of a relative who recalled being at the McCamie cabin in her youth when Jackson was born. The Museum diplomatically skirts the issue by acknowledging that the Waxhaws belong to both states, so Jackson “truly belongs to all Carolinians.”

Events which took place in the Waxhaw region during the Revolutionary War are chronicled, with particular attention being given to the circumstances surrounding Buford’s Massacre. Swords and sabers, Continental currency notes, a British “Brown Bess” rifle, and a British Legion Light Infantry uniform worn by Banastre Tarleton’s feared dragoons are showcased. The Museum lightly touches on Andrew Jackson’s career as soldier and statesman, but no reference is made to his dealings with the Cherokee Indians or the infamous “Trail of Tears.” Exhibits on the Civil War continue the Museum’s focus on regional involvement, and visitors will learn that it was men of the Waxhaw Jackson Guards, Company B of North Carolina’s 26th Regiment, who advanced furthest at Gettysburg, crossing the Federal line on Cemetery Ridge during Pickett’s Charge, attaining the point now known as the “High Water Mark” of the Confederacy. To get to the Museum, take NC 75 East from Waxhaw. The Museum will be on your right, about a half mile outside of town. Hours are 10-5 Wednesday-Saturday and 1-5 Sunday. Admission charged. 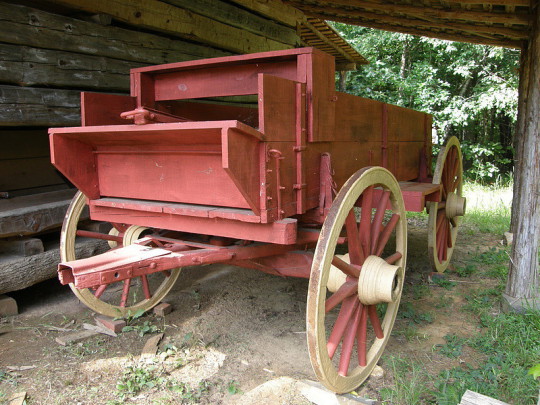