Scroll down this page or click on specific site name to view features on the following Anson County attractions/points of interest: 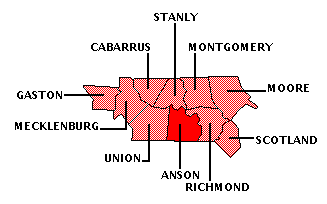 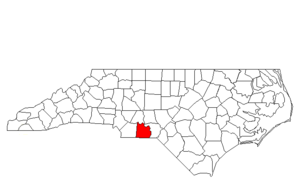 Created in 1750, the county was named for George, Lord Anson, an English admiral who circumnavigated the globe.

It is noteworthy that Leonidas L. Polk, North Carolina’s first commissioner of agriculture and president of the National Farmers’ Alliance, was born in Anson County and founded the town of Polkton; Anson County is the site of Brown Creek, the nation’s first soil conservation district, established in 1937.

Below:  Anson County Courthouse in Wadesboro 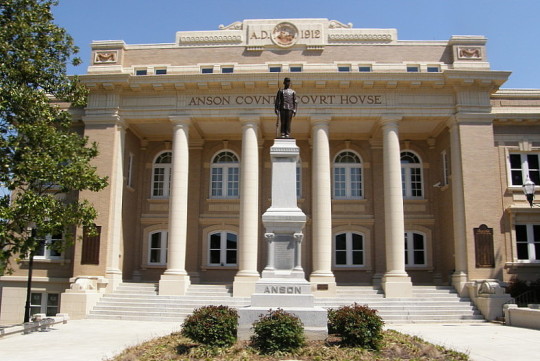 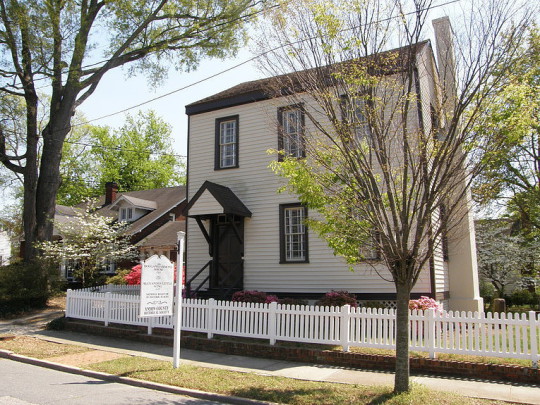 The Anson County Historical Society operates four small museums that focus attention on the history of the town, county, and region. The Boggan-Hammond House is the oldest surviving structure in Wadesboro, built by Captain Patrick Boggan in 1783 as a wedding gift for his daughter Eleanor to William Hammond. Boggan was an active participant in the colony’s Regulator movement in the 1760s and earned his military rank fighting for independence during the Revolutionary War. He donated 150 acres upon which the settlement of New Town was chartered by an act of the Hillsborough Assembly in 1783. Boggan’s brother-in-law, Colonel Thomas Wade, was a fellow officer during the war and another of the community’s founding fathers. Wade died in 1786, and the town’s name was changed to Wadesborough the following year. The spelling was modernized to Wadesboro in 1868. 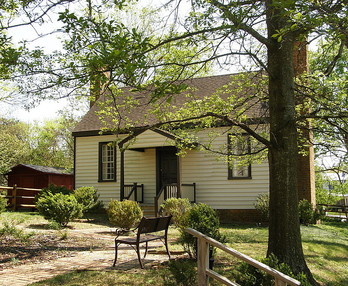 In 1839, new owner Alexander Little added a spacious, two-story “wing” to the original house. When the property was acquired by the ACHS, this addition was separated from the earlier structure. Today, the 1783 Boggan-Hammond House serves as a house-museum filled with 18th century furnishings, including many family heirlooms and pieces of local origin. The elaborate carved mantelpiece in the parlor was taken from the Ephraim Liles plantation house, for example, and features fan and rope detail and reeded pilasters. In striking contrast is the simple Queen Anne mantelpiece in the bedroom, taken from the plantation of Joseph Ingram. Other notable furnishings include a Chippendale cupboard and a tavern table from Mecklenburg County. The Alexander Little Wing abounds with elegant furnishings from the 19th century, among them several pieces crafted by famed local cabinetmaker William Little. Both houses are listed in the National Register of Historic Places and opened to the public in 1970. 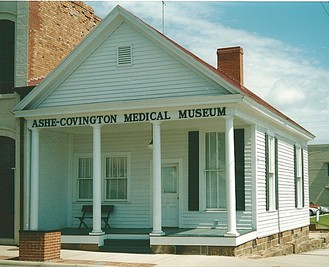 Just up the block are two more museums that opened in 2002. The Tom Little Museum is named for the gentleman who gathered the extensive collection of farm implements and carpentry tools on display. An ardent Rotarian, Little attended meetings in countries on six continents, and his old office is itself a mini-museum to the Rotary. The building also houses a one-man collection of Indian artifacts gathered by Fulton Allen, including gaming stones, pottery shards, hatchet heads, and thousands of arrowheads, all relics found within Anson County. Across the street is the Ashe-Covington Medical Museum. Originally built in 1890 by Dr. Edmund Ashe, the office was subsequently used by Dr. James Covington. The museum showcases medical and dental equipment dating back more than 100 years and serves as a tribute to the doctors and nurses who have served the county. The Anson County Historical Society office is open M-F 9:00-1:00. All museum tours originate here and are usually available upon request. Saturday group tours can be arranged by calling 704-694-6694 during the hours listed above. Admission is free to all buildings. 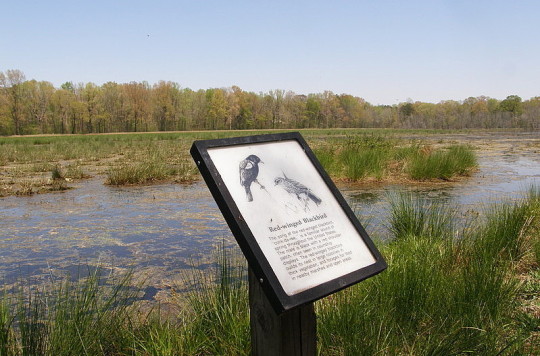 Only an hour or two from cities like Charlotte, Greensboro, and Raleigh and their ever-changing skylines, the Pee Dee National Wildlife Refuge offers a different landscape altogether. Here, the “high-rises” are the towering pines and the “traffic” moves without stoplights or congestion, although you may still hear occasional “honking.” 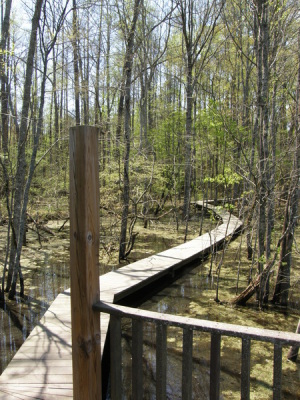 Established in 1963, the Pee Dee National Wildlife Refuge – one of more than 550 such sanctuaries across the United States, and the closest one to Charlotte – covers 8,500 acres and provides habitat for migratory birds and resident wildlife. The origins of the refuge can be traced back to the fall of 1934, when Lockhart Gaddy, who had once been an avid goose hunter, decided instead to befriend geese and other waterfowl by turning a one acre pond into a safe haven. Four live decoys were used to attract a small number of Canada geese to what became known as “Gaddy’s Goose Pond.” More and more birds arrived each successive year, and, by the early 1950s, more than 10,000 Canada geese and 1,000 wild ducks wintered at the small refuge. Waterfowl weren’t the only visitors attracted, however; thousands of wildlife enthusiasts began coming as well. Gaddy established the tradition of having visitors to his pond sign a guest book, and in 1952 alone, people from 47 states and 11 foreign countries signed! Eleven years later, the federal government established the considerably larger refuge, mostly occupying land south of the Pee Dee River in Anson County. 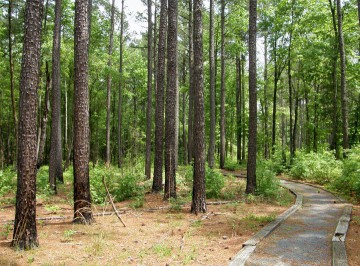 Activities at the sanctuary are somewhat limited. To properly maintain its role as a haven for wildlife, num-erous areas of the refuge are shut off from the public at various times during the year. The peak times to observe waterfowl are dur-ing the cooler months, from mid-September through the end of February. Layered clothing is suggested for visitors during this time period; during warmer months, visitors are advised to guard against chiggers, ticks, and mosquitoes. The aptly-named Tall Pines Nature Trail is an easy ¾-mile walk that loops through stands of loblolly pines and assorted hardwoods. This path connects to the Brown Creek Nature Trail and boardwalk. 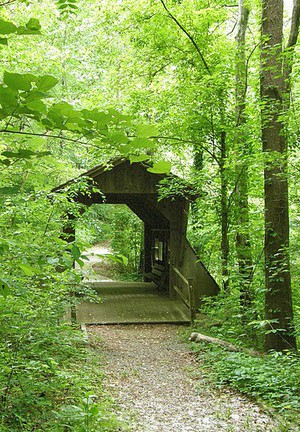 The Gaddy Covered Bridge Trail features two quarter-mile segments. The covered bridge found along this walk looks old, but it is relatively new. Its construction was paid for by Friends of the Pee Dee NWR, a group organized in 1997 to work with the refuge to sponsor such annual programs as Kids’ Fishing Day, Night Prowl, and Christmas Bird Count. Deer, turkey, and small game hunting is permitted seasonally, in accordance with applicable state laws. No waterfowl hunting is ever allowed in the refuge. Fishing is permitted at Sullivan Pond, near the refuge entrance, at Arrowhead Lake, near the center of the sanctuary, and along Brown Creek and the Pee Dee River from mid-March to mid-December. A primitive boat ramp is located at Arrowhead Lake. An NC fishing license and a free refuge permit are required. Catfish and largemouth bass are common catches. The refuge is located between Wadesboro and Ansonville off US highway 52. The refuge is open from one hour before sunrise to one hour after sunset. Refuge office hours are 8-4:30 Monday-Friday. 704-694-4424 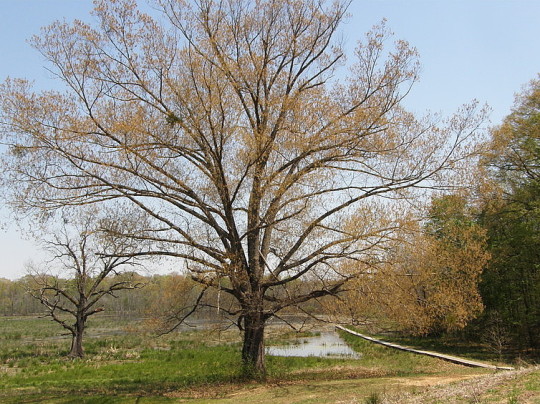 Anson County is bordered by RICHMOND, STANLY, and UNION counties.