Scroll down this page or click on specific site name to view features on the following Craven County attractions/points of interest: 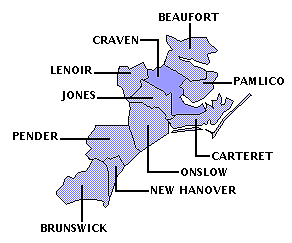 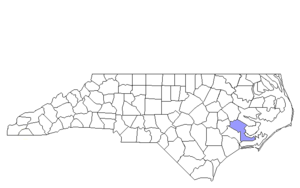 Created in 1705, the county is named for William Craven, first Earl of Craven, one of the Lords Proprietors of colonial North Carolina.

The county seat is New Bern, named for the city of Bern, Switzerland.  Other communities include Bridgeton, Cove City, Dover, Havelock, Trent Woods, and Vanceboro.

It is worth noting that New Bern, settled in 1710, is the second oldest town in North Carolina; Pepsi-Cola was invented by Caleb Bradham at a corner drug store in New Bern.

Below:  More than 1,500 North Carolina state highway markers dot the Tar Heel landscape, calling attention to important events which took place within the state, such as the meeting of the first North Carolina Provincial Congress in New Bern in August, 1774 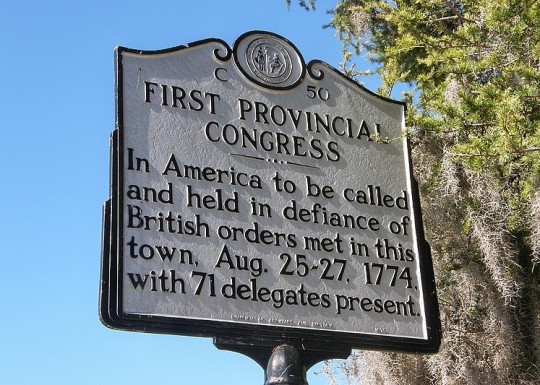 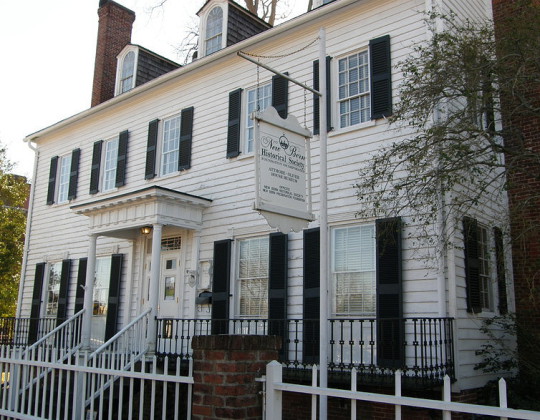 The Attmore-Oliver House was built circa 1790 for Samuel Chapman, one of New Bern’s most prominent citizens. The handsome two-story white frame building was enlarged to its present size in 1834, and it now serves as headquarters for the New Bern Historical Society. The house is open for tours and features 18th and 19th century furniture and antiques, exhibits on New Bern during the Civil War, and an impressive doll collection. The Attmore-Oliver House is open 1-4:30 Tuesday-Saturday. Admission charged. 252-638-8558

New Bern is one of those wonderful towns that not only has such major sites as Tryon Palace, the North Carolina History Center, and the Firemen’s Museum to attract visitors, but also has a pedestrian-friendly downtown area with so many historic points of interest that a walking tour becomes an activity all its own; tours of the historic district either by trolley or by horse-drawn carriage are also available. 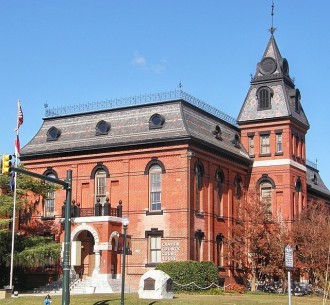 Home to several historic churches, each with a distinctive architectural style, New Bern also boasts two of North Carolina’s most picturesque public build-ings.  One is the formidable-looking, Second Empire-style Craven County Courthouse, built in 1883.  On the courthouse lawn is the Governors’ Stone, with bronze tablets honoring three governors from New Bern:  Richard Dobbs Spaight; Richard Dobbs Spaight, Jr; and Abner Nash.  The other impressive edifice is the New Bern Municipal Building, built circa 1895-97.  Now the City Hall, it originally served as a US Post Office, Courthouse, and Custom House.  The famous clock tower, the first four-faced clock on a public building in North Carolina, was added in 1910.  Midway between these two buildings on Craven Street is the former law office of William Gaston.  A distinguished orator, lawyer, US Congressman, and State Justice, Gaston further scribed his name on the pages of Tar Heel history by penning what became North Carolina’s official song:  “The Old North State.” 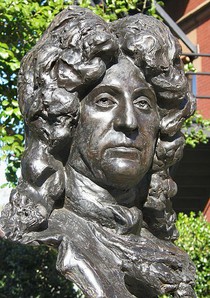 State historic highway markers tell visitors that the first newspaper for the colony was printed in New Bern, that New Bern was the site of the colony’s first Provincial Congress, and, yes, that George Washington slept here.  Visitors enjoying the park along the beautiful Neuse River waterfront will find the Battle of New Bern Historical Marker, detailing the events of that Civil War battle, fought March 14, 1862.  Another waterfront marker commemorates the landing place of Baron Christopher De Graffenried and his fellow settlers in 1710.  New Bern is North Carolina’s second oldest town, founded in that year by Baron De Graffenried of Bern, Switzerland.  A bust of de Graffenried is located on Pollock Street. 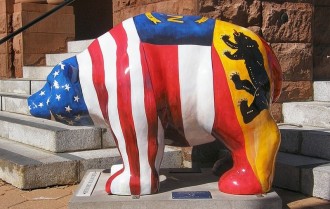 How New Bern got its name is an interesting story in itself.  When the original town of Bern, Switzerland was founded, it was given its name by a group of hunters.  The first animal they spotted on their hunting expedition was a bear.  “Bern,” the Germanic word for “bear,” became both the name of the town and its symbol.  The Carolina colony’s New Bern adopted the bear as its symbol as well and today, dozens of whimsically-decorated bears can be hunted down and shot – “photographed,” that is to say – in front of many of the town’s public buildings, stores, and restaurants. 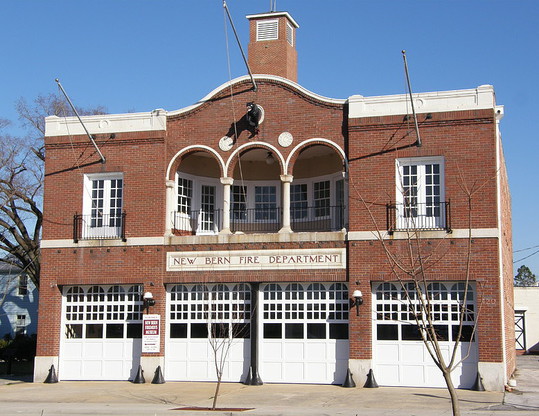 The New Bern Fireman’s Museum is one of the oldest of its kind in the country. The Museum opened its doors in 1955; some of its artifacts date back 100 years earlier! The origins of the New Bern Fire Department began with the Atlantic Hook and Ladder Company in 1845, the first fire company chartered in North Carolina and one of the first in the nation. This company suspended operations when members volunteered for military service at the beginning of the Civil War. Just prior to the end of the war, with the town occupied by Federal troops, Union soldiers formed the New Bern Steam Fire Company No. 1, which later became known as the Button Company. When the Atlantic once again resumed operations, the two companies began a rivalry that lasted for more than 60 years. Anxious citizens watched with interest to see which company responded first to a fire. Finally, in 1928, the Atlantic and Button companies, joined by the Excelsior Bucket and Axe Company, a junior organization made up of 16-to-18 year olds, were all housed together in a central fire station on Broad Street.

Exhibits include examples of early fire-fighting equipment, 19th century leather fire helmets, a horse-drawn steamer from 1884, New Bern’s first motorized fire engine from 1914, and the town’s first ladder truck from 1927. The artifact visitors are most likely to remember, however, is the mounted head of Fred, a beloved fire horse whose 17 years of service ended when he literally died in the harness while responding to an alarm. The Firemen’s Museum is located at 408 Hancock Street. Hours are 10-4 Monday-Saturday. Admission charged. 252-636-4087 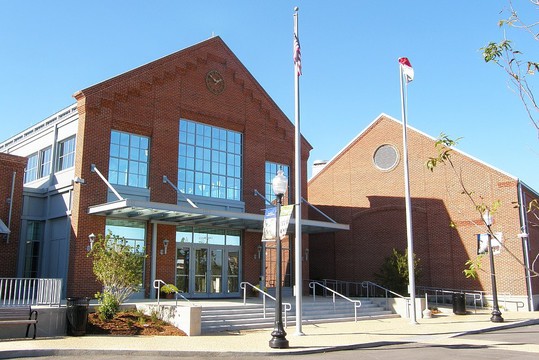 One of the major events during New Bern’s tri-centennial in 2010 was the opening of the North Carolina History Center. There’s nothing on the outside to suggest that the Center, adjacent to the Tryon Palace grounds in New Bern, is anything special. Step inside, however, and you’ll discover activities that are rewarding by themselves but become especially meaningful when experienced in conjunction with a visit to Tryon Palace and other historic houses. Within the Center, traditional museum exhibits share space with 21st century technology.

Among the Center’s major galleries is the Regional History Museum, where the standard exhibit cases and traditional graphic panels combine with interactive kiosks and multimedia displays to engage visitors of all ages and inclinations. In the Pepsi Family Center, a “time machine” transports visitors back to 1835, where they’ll find themselves in the midst of a typical North Carolina coastal town. Guests become actively engaged in the daily life of the community, from working on board a sailing ship to drafting a story in a print shop, and from shopping for sundry items at the local mercantile to helping the cook gather up the ingredients needed to make Brunswick stew. This novel approach to history excites children, but adults will enjoy participating as well. The Cannon Gateway includes an orientation theater and a detailed diorama of New Bern.

Although the History Center can easily be a stand-alone attraction, it is an excellent companion to Tryon Palace and does a good job setting the stage for a visit to this reconstructed building. A hand-held History Navigator may be rented for an additional fee; this personal device lets you customize your Tryon Palace tour to suit your own particular interests. 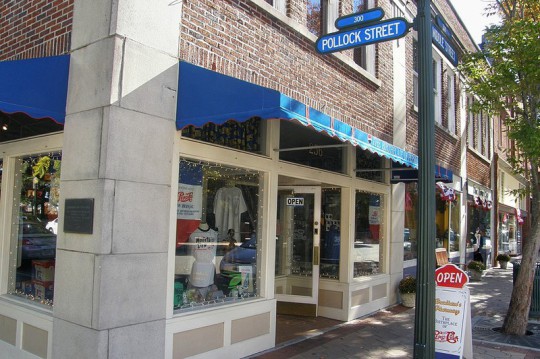 The Pepsi Museum is the perfect place to "drink in" some of New Bern's history.  Back in 1898, pharmacist Caleb Bradham concocted a peppy little pick-me-up that his New Bern customers dubbed “Brad’s Drink.” Quickly recognizing the beverage’s popularity, Bradham soon patented his tasty formula under the name Pepsi Cola. The Pepsi Museum now occupies the drug store – New Bern’s first – at the corner of Middle and Pollock Streets where Bradham originally mixed the drink that would become a household product worldwide. Along with Pepsi products offered at the old time soda fountain and an abundance of vintage photographs, “The Birthplace of Pepsi-Cola” also has a variety of Pepsi memorabilia available for purchase. The Pepsi Museum is open Monday-Saturday 10-6.  Admission is free, but drinks are not  "on the house." 252-636-5898 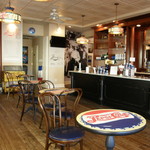 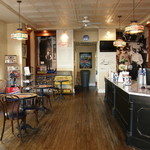 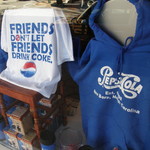 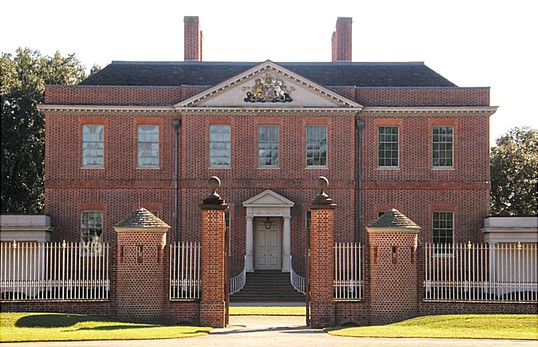 Chartered in 1712, New Bern is North Carolina’s second oldest city. Steeped in history, the town is home to Tryon Palace, an impressive recreation of the original government house built during the last years of North Carolina’s colonial period. During much of this time, the colonial capital tended to move around from town to town. Finally, due largely to New Bern’s growing influence and importance as a trading center, Royal Governor William Tryon decided that this town was the proper choice for a permanent capital. In 1767, construction began on an imposing two-story building designed by famed English architect John Hawks. Completed in 1770, it was regarded as one of the most beautiful public buildings in America. Many of the North Carolinians who had to pay for the cost of its construction weren’t so enthusiastic, however, derisively dubbing the building “Tryon’s Palace.” 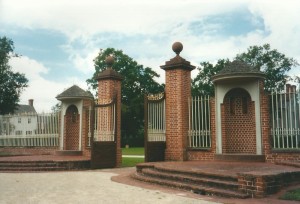 Despite the criticism of some, it served as both residence and seat of government during Tryon’s last months as governor – he left to assume the same position in New York – and for his successor. Josiah Martin served as North Carolina’s last Royal Governor during the turbulent years of 1771-1776. In spite of its original splendor, the “palace” fell into disrepair in the years following the Revolutionary War, especially after Raleigh was established as the state capital in 1790. The main building was destroyed by fire in 1798. 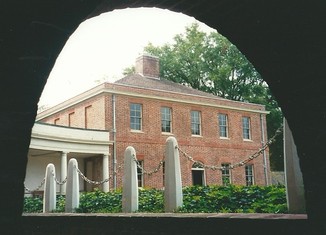 It was not until 1949 that serious efforts were begun to reconstruct the town’s most famous building. After a decade of painstaking work, Tryon Palace opened to the public in 1959. It easily ranks as a “must-see” Tarheel attraction. Guided tours take visitors through first and second floor rooms as well as the basement. As impressive as the reconstructed building is, the tremendous number of artifacts assembled – furnishings, books, personal effects – is equally astounding.  At their leisure, visitors can enjoy the gardens at the rear of the palace, overlooking the Trent River, and along the west side of the property. 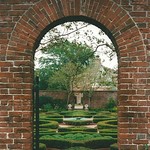 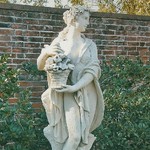 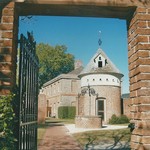 In addition to the mansion and gardens, the Tryon Palace complex includes the John Wright Stanly House, circa 1780; the Dixon-Stevenson House, circa 1826-1833; and the Robert Hay House, circa 1805. Another building operated by Tryon Palace is The New Bern Academy Museum. Built in 1766 as a school for both boys and girls, it was the first public school in North Carolina. Today it houses four permanent exhibits focusing on New Bern’s colonial history, architecture, role during the Civil War, and education.  Hours for Tryon Palace Historic Sites & Gardens are 9-5 Monday-Saturday and 1-5 Sunday. Admission charged. New Bern Academy Museum is open Monday-Saturday from 1-4. There is a nominal “tuition” for attending this school by itself; admission is free as part of the Tryon Palace ticket package. 252-514-4900 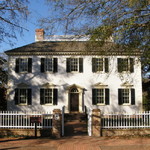 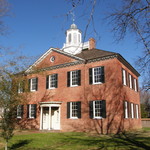 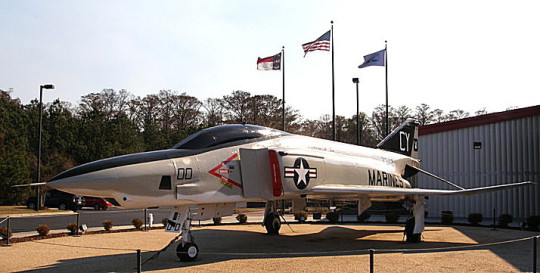 The Havelock Tourist and Event Center isn’t exactly a museum, but it comes fairly close. After all, how many visitor centers have combat aircraft outside their front doors? Since Havelock is home to the Cherry Point Marine base, however, jet fighters seem to fit just fine. In all, six planes and a helicopter are exhibited by the Eastern Carolina Aviation Heritage Foundation, which is supported in its efforts to preserve the aviation history of the region by a host of other organizations, including the City of Havelock and the Craven County Tourism Development Authority. Static exhibits outside the building include an F9F-6P Cougar reconnaissance plane (1954); a Search and Rescue helicopter (1964); an RF-4B Phantom II (1970); and a A-4M Skyhawk (1976). Inside, exhibits include vintage photographs, paintings, model planes, and a detailed timeline of major events in the history of aviation.  The Foundation is also responsible for Havelock's "signature site," the Harrier Monument at the Cherry Point Marine Corps Air Station.