Scroll down this page or click on site name to view the feature on the following Vance County attraction/point of interest: 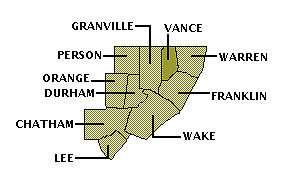 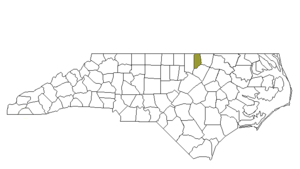 Created in 1881, the county is named for Zebulon Baird Vance, a North Carolina governor and US senator.

The county seat is Henderson, named for Leonard Henderson, chief justice of the North Carolina Supreme Court.  Other communities include Greystone, Kittrell, Middleburg, and Williamsboro.

It is worth noting that the Kerr Lake State Recreation Area covers a sizeable area in northern Vance County. 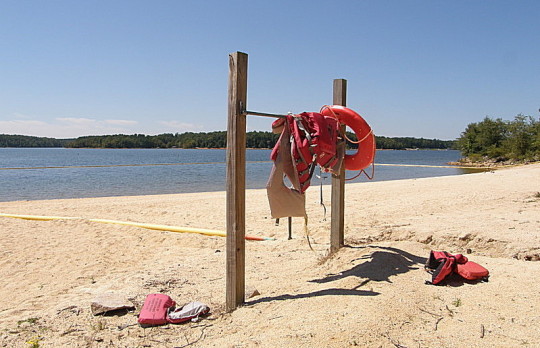 Between 1946 and 1952, a dam was constructed across the Roanoke River in Virginia, just a few miles above the North Carolina state line.  The John H. Kerr dam helped prevent destructive flooding down river, and the resulting reservoir, named for the Tarheel Congressman who played a key role in its development, has provided recreational activities galore.  Numbers tell a lot about the Kerr Lake State Recreation Area.  The lake covers 50,000 acres with more than 800 miles of shoreline.  The North Carolina Division of Parks and Recreation maintains seven distinct areas:  Bullocksville, Henderson Point, Hibernia, Nutbush Bridge, and Satterwhite Point in Vance County; and County Line and Kimball Point in Warren County. Camping is king at Kerr, with hundreds of tent and trailer campsites – 652 to be exact – available for weekly rental.  Each site has a picnic table, fire pit, and tent pad.  Slightly more than half have electric hookups.  Restrooms, hot showers, playgrounds, and dump stations are near each campground area. 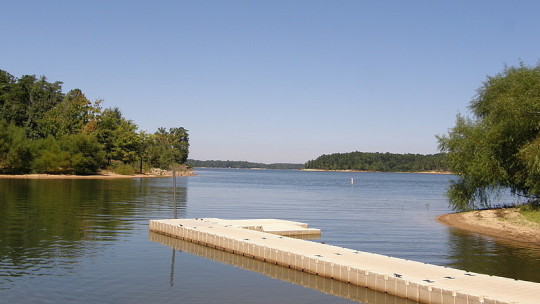 Vance County is bordered by FRANKLIN, GRANVILLE, and WARREN counties.