Scroll down this page or click on site name to view the feature on the following Granville County attraction/point of interest: 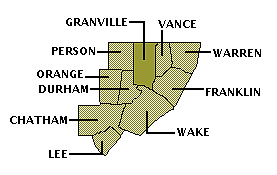 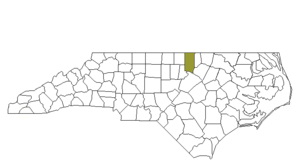 Created in1746, the county is named for John Carteret, second Earl of Granville, who inherited one-eighth share in the Province of North Carolina.

The county seat is Oxford.  Other communities include Butner, Creedmoor, Stem, and Stovall.

It is worth noting that the town of Williamsboro (now in Vance County but originally in Granville County) came within one vote of being chosen as the permanent site of the North Carolina state capitol. 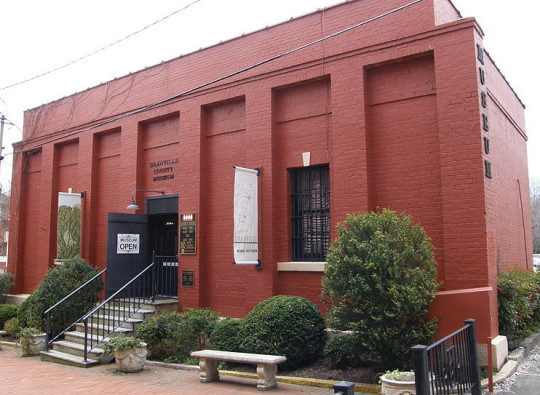 In decades past, stepping through the thick walls of the Granville County Jail might have meant “hard time.” Today, spending time here is easy -- and informative. The former jail, built in the 1860s and used for its intended purpose for more than 100 years, was first opened as the Granville County Historical Society Museum in June, 1996.  The jail site was closed in 2000 when the adjacent Harris Exhibit Hall opened.  In November, 2006, the jail reopened again, this time as the permanent home of the Granville County History Museum.  The two-story facility has a very welcoming ambiance and state-of-the-art exhibits.  Topics range from agriculture and archi-tecture to education and culture.  One especially well-designed exhibit focuses on military history from the Revolutionary War through the present and includes several period uniforms and artifacts.  One of the old jail cells is replicated on the second floor, immediately next to an original moonshine still.  The arrangement seems fitting, since chances are that getting caught using the latter meant spending at least some time in the former. 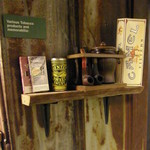 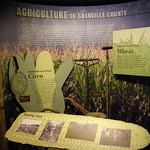 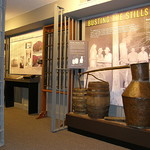 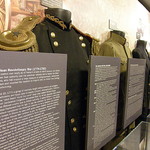 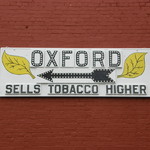 A 20-minute video is shown continuously in a cozy little viewing area which benefits from having refurbished chairs from Oxford’s old Orpheum Theater.  In the film, three young students get a lesson in local history from the “ghost” of a Granville County historian.  As they travel to different parts of the county, they meet the “spirits” of such notables as John Carteret, Earl of Granville, who owned massive areas of land in North Carolina, and John Penn, a Granville county resident who was one of the three North Carolinians to sign the National Declaration of Independence.  Although the video will win no awards for acting or special effects, it nevertheless manages to impart some interesting information, such as the fact that the little hamlet of Williamsboro – originally in Granville County but now a part of Vance County – came within one vote of being chosen the state capital, and within two votes of being the site of the first state university.