Scroll down this page or click on specific site name to view features on the following Yancey County attractions/points of interest: 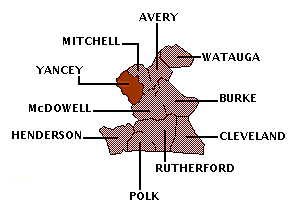 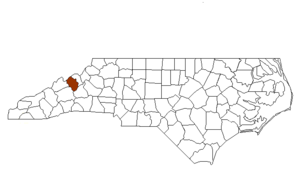 Created in 1833, the county is named for Bartlett Yancey, US congressman and Speaker of the NC Senate.

The county seat is Burnsville, named for Captain Otway Burns, a famous privateer during the War of 1812 and a member of the General Assembly who, although a representative of eastern North Carolina, supported equal representation for the western part of the state.  Other communities include Bald Creek, Busick, Celo, Day Brook, Green Mountain, Micaville, Murchison, Pensacola, and Swiss.

It is worth noting that Mount Mitchell, the highest peak east of the Mississippi River, is located in Yancey County; Mount Mitchell State Park, established in 1915, was the first state park in North Carolina. 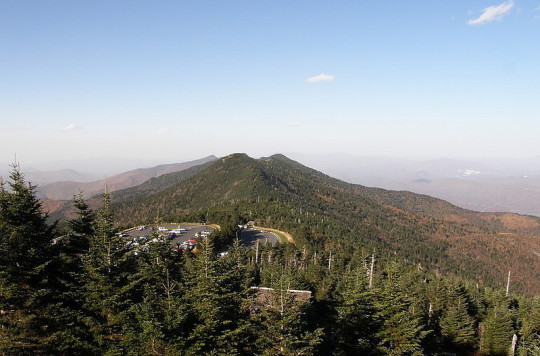 Mount Mitchell State Park, located in southern Yancey County, is the oldest state park in North Carolina, established in 1915. Its majestic vistas, camping, and hiking trails attract thousands of visitors annually, making it one of the state’s most popular parks. At 6,684 feet above sea level, Mount Mitchell is the highest mountain peak east of the Mississippi. More precisely, it is the highest point east of South Dakota’s Black Hills. It is a part of the Black Mountains Range that, while stretching a mere fifteen miles, nonetheless includes six of the ten highest peaks in the eastern United States. At 6,648 feet, Mount Craig is the second highest peak, named in honor of Locke Craig, North Carolina’s governor from 1913 to 1917 and a leading proponent of the park’s establishment. Mount Mitchell itself was named in honor of Elisha Mitchell, a UNC professor of chemistry, geology, and mineralogy who was the first to determine the peak’s elevation. Until Mitchell’s visit to the Black Mountains in 1835, the popular assumption was that Grandfather Mountain was the highest peak in the state. Mitchell thought otherwise. He made return visits to the Black Mountains in 1838 and 1844 and, using barometric pressure readings and mathematical formulas, he calculated the height of the tallest peak to be 6,672, only 12 feet shy of what modern calculations have determined. 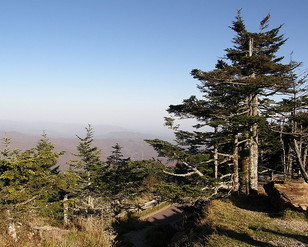 A controversy arose in the 1850s when U. S. Senator Thomas Clingman, a former student of Dr. Mitchell, argued that the professor had made an error. Mitchell returned to the area in 1857 to verify his previous measurements. His solo hike across the mountains proved fatal, however. Mitchell fell from a cliff above a 40-foot waterfall and, knocked unconscious, he drowned. A search party discovered the professor’s body days later. Mitchell was originally laid to rest in Asheville, but he was reinterred at the summit of his beloved mountain peak years later.

Mount Mitchell became an attraction for hardy-minded travelers in the early 1900s. Originally, those who made it to the peak had to endure a lengthy trek to the summit, then climb a makeshift wooden “tower” in order to see over the nearby trees and enjoy the thrilling vistas beyond. A more permanent structure was built in the 1910s, which gave way to a substantial stone tower in the 1920s. This, in turn, yielded to yet another stone structure, an angular-looking tower built in 1960. This familiar structure was replaced in 2006 with a new, lower observation deck that is handicap accessible. 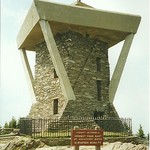 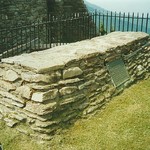 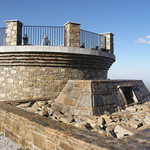 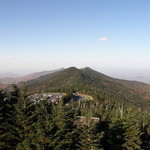 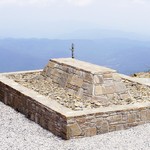 For most visitors, enjoying the view from the deck is the main attraction, but the park has other activities to offer as well, notably numerous hiking trails of various lengths and degrees of difficulty. There is also a small exhibit hall open 10-6 daily May through October that features an interactive weather station, displays on the mountain’s natural and historical aspects, and more. A gift shop and snack bar are open daily May through October, and picnic tables are located at the north end of the parking lot. The park opens at 8 AM year-round; closing hours vary seasonally. Closed Christmas Day. Free admission. 828-675-4611 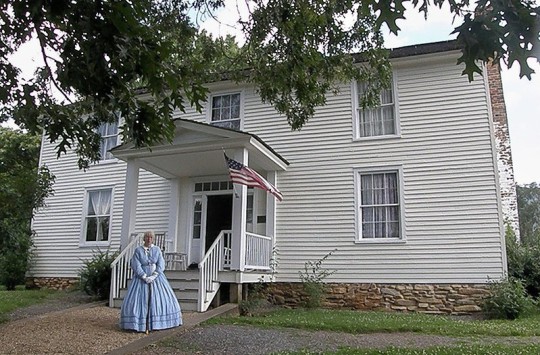 Atop a hill overlooking the town of Burnsville is The Museum of Yancey County History, where an eclectic collection of ancient artifacts and more recent memorabilia combine to tell a little of the history of this rugged Smoky Mountains county.   The Museum is housed in the McElroy home, circa 1840, located behind the Chamber of Commerce/Visitor Center on the town’s main street. Showcased is a diverse assortment of artifacts, ranging from Native American relics dating as early as 500 BC, to copies of early land deeds in the years following the American Revolution, to an extensive exhibit on the Civilian Conservation Corps of the 1930s and its involvement with Yancey County during that period. One case even displays the original sword and trumpet which were part of the statue of Otway Burns, the county seat’s namesake, when it was erected at the courthouse square in 1909; these two items broke off when a strong wind blew the statue off its pedestal years ago.

Since the house was used during the Civil War as local headquarters for the state’s “Home Guard,” it is appropriate that one of the rooms upstairs is covered wall-to-wall with flags, uniforms, firearms and side weapons, and a multitude of battlefield relics. Another museum exhibit spotlights the history of transportation in Yancey County. The centerpiece of this display is a replica of a 1920s Dodge Roadster, a copy of the automobile driven by Dr. Carson McCourry, which was the first car to be used in the county. The Museum is open May through September. Hours are 10-4 Tuesday and Wednesday, 12-5 Saturday, and 1-5 Sunday.