Scroll down this page or click on specific site name to view features on the following Polk County attractions/points of interest: 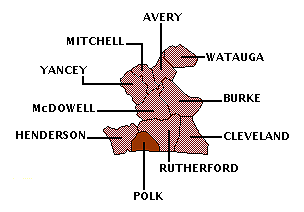 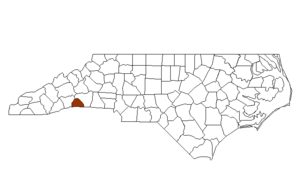 Created in 1855, the county is named for Revolutionary War Colonel William Polk.

The county seat is Columbus, named for Dr. Columbus Mills, a member of the North Carolina General Assembly who was instrumental in the county’s formation.  Other communities include Mill Spring, Saluda, and Tryon.

It is worth noting that the Saluda Grade is the steepest standard-gauge mainline rail line in the country. 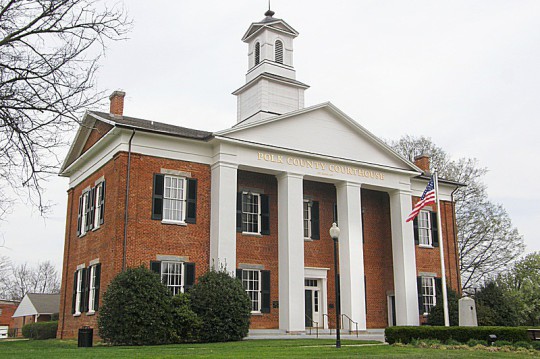 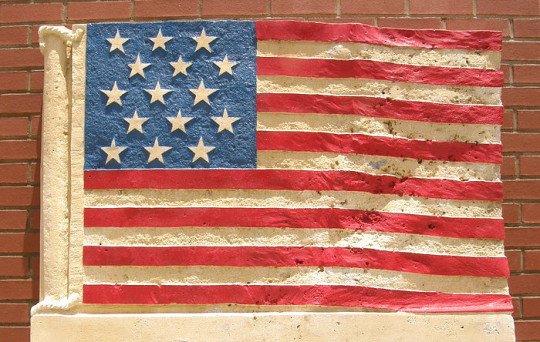 The House of Flags is believed to be the only museum in the country to display every official version of the USA’s national flag, every individual state flag, and numerous other flags as well.  There are more than 250 flags on exhibit, and as each flag has its own story to tell, a wealth of American history is unfurled at the House of Flags.  The organization of the Museum’s three rooms is simple and straightforward.  The first covers the “origins” of our national flag, displaying the many regional flags that were flown in the time leading up to the War of Independence and before the adoption of our first national flag on June 14, 1777.  Exhibited in the second room are all 27 versions of the Stars and Stripes, with signage next to each variation to inform visitors which state or states had joined the Union and thus prompted the change.  The flag adopted in 1795, after Vermont and Kentucky had joined, will perhaps seem the most unusual to visitors.  This version of the flag is the only one to have more than 13 stripes – instead, it has both 15 stars and 15 stripes.  Recognizing that adding a stripe for each new state would become impractical over time, Congress passed the Flag Act in 1818.  This act limited the number of stripes on the flag to 13, with a star to be added for each new state.  By law, a star is added to the flag on the fourth of July following the admission of the state. 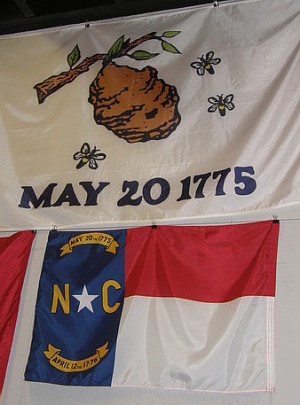 Individual state flags are the focus of the Museum’s third room and are displayed fully extended, so that the details of the various designs can be examined and appreciated.  The sym-bolism used in each flag reveals much about the respective state.  In the case of the North Carolina state flag, for example, the dates May 20, 1775 and April 12, 1776 above and below a single white star in a blue field commemorate, respectively, the dates of the Mecklenburg Declaration of Independence and the Halifax Re-solves.   The Mecklenburg Declaration preceded the national declaration by thirteen months; the Halifax Resolves earned North Carolina the distinction of being the first colony to have its colonial assembly officially endorse a call for independence.  Although North Carolina joined the Union in 1789, no official state flag was adopted until the American Civil War.  Museum hours are 10-1 on Tuesday and Thursday and 10-4 on Saturday.  Admission is free.  828-895-5640

Between Tryon and Saluda 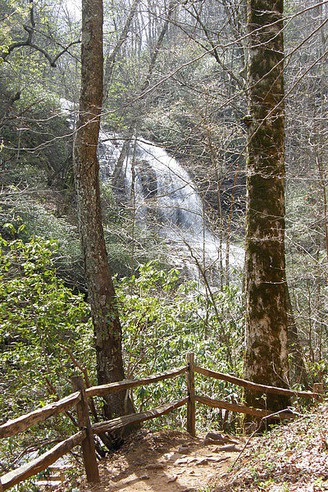 Pearson’s Falls has been a major scenic attraction in the Blue Ridge foothills for decades. Discovery of the falls goes to Charles Pearson, who happened upon the 90-foot cascade while working for the Asheville-Spartanburg railway. Pearson was so enamored with the place that he bought a large tract of land along the Pacolet River that included this natural wonder. He happily allowed locals to visit the falls, who often came with banjos, blankets, and baskets of food to while away their time while enjoying the scenic beauty. In 1931, hard times required Pearson’s heir to sell off a large portion of the land, and the property came close to being sold to a timber company. Fortunately for those who visit and appreciate the falls today, the Tryon Garden Club stepped forward and, through generous donations and creative financing,  raised enough money to purchase 308 acres.  In time,  the club 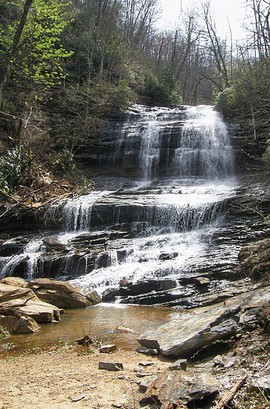 laid a quarter-mile path beside Colt Creek, built a stone bridge across the creek, added a stone gate house, provided restrooms, and placed numerous benches and picnic tables along the trail.  Kevin Adams, author of North Carolina Waterfalls – Where to Find Them, How to Photograph Them, gives Pearson’s Falls a beauty rating of 7, noting “During the right conditions, it’s hard to take a bad photo. . . . There are several boulders and cascades at the base which make for a good foreground.” Pearson’s Falls is a designated botanical preserve. The route one takes to get to Pearson’s Falls is US 176, which runs alongside the Pacolet River and parallels the Saluda Grade. The portion of highway running between the South Carolina state line and the Henderson County line is designated a North Carolina Scenic Byway. Along this road is the Norman Wilder Forest, offering a 2-to-3 mile wooded hike on the steep slopes of Little Warrior Mountain. 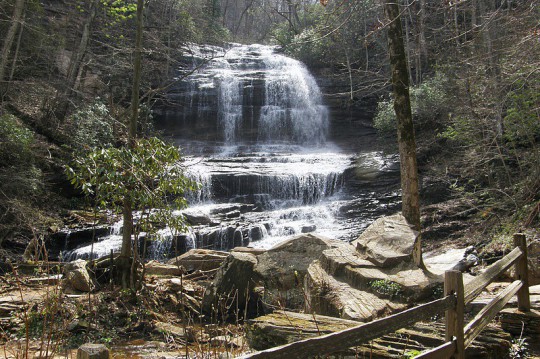 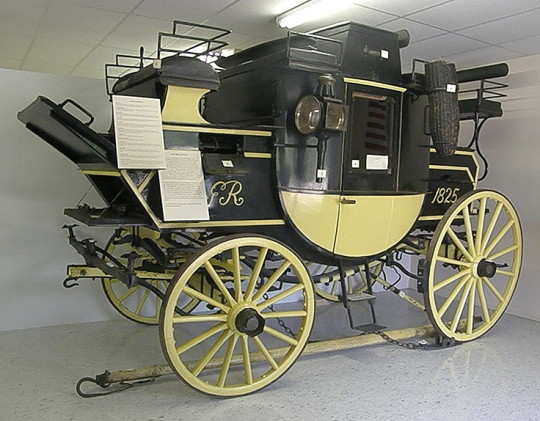 The Polk County History Museum is small in size but has many worthwhile exhibits that look back on earlier days.  Without question, the Museum’s most prominent artifact, located at the entrance, is a mid-19th century, yellow-and-black coach.  Nor will it take much detective work to find the exhibit on stage actor William Gillette, one of the stars of the American theater in the late 1800s and early 1900s who gained worldwide recognition for his definitive portrayal of Sherlock Holmes.  Gillette actually collaborated with Holmes’ creator, Sir Arthur Conan Doyle, on the stage script for the play “Sherlock Holmes.”  Gillette fell in love with Tryon on a visit in 1893, built a home there, and lived in Tryon for nearly twenty years.  Stage memorabilia includes pipes, slippers, and photos.  For history buffs in general, the most surprising artifact might be a solitary cannonball, which may or may not have been the first shot of the Civil War.  Abner Doubleday – he of baseball lore – was stationed inside Fort Sumter on April 9, 1861, and reportedly salvaged this cannonball for posterity.  One block from the Museum is the county courthouse, built in 1859 and one of the oldest courthouses still in use in the state.  A bronze plaque on the courthouse grounds honors Dr. Columbus Mills, known as "the father of Polk County" because of his ten-year effort to have a new county created from parts of Henderson and Rutherford County.  The North Carolina General Assemby created Polk County on January 20, 1855, and the county seat of Columbus was named in honor of Dr. Mills. 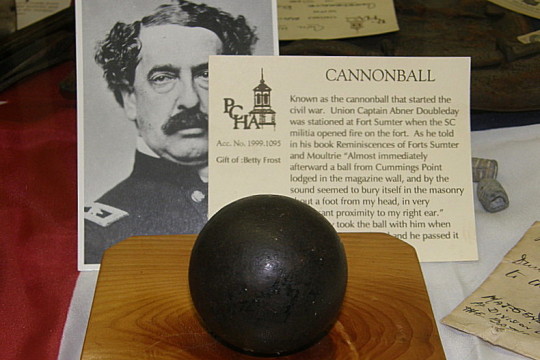 Polk County is bordered by HENDERSON and RUTHERFORD counties.